With a game that’s as beloved and agile as Minecraft it’s not much of a surprise that many people are looking towards setting up their own Minecraft server.

There are several ways you can play Minecraft with friends, but the most versatile by far is on a Minecraft server that is hosted online. 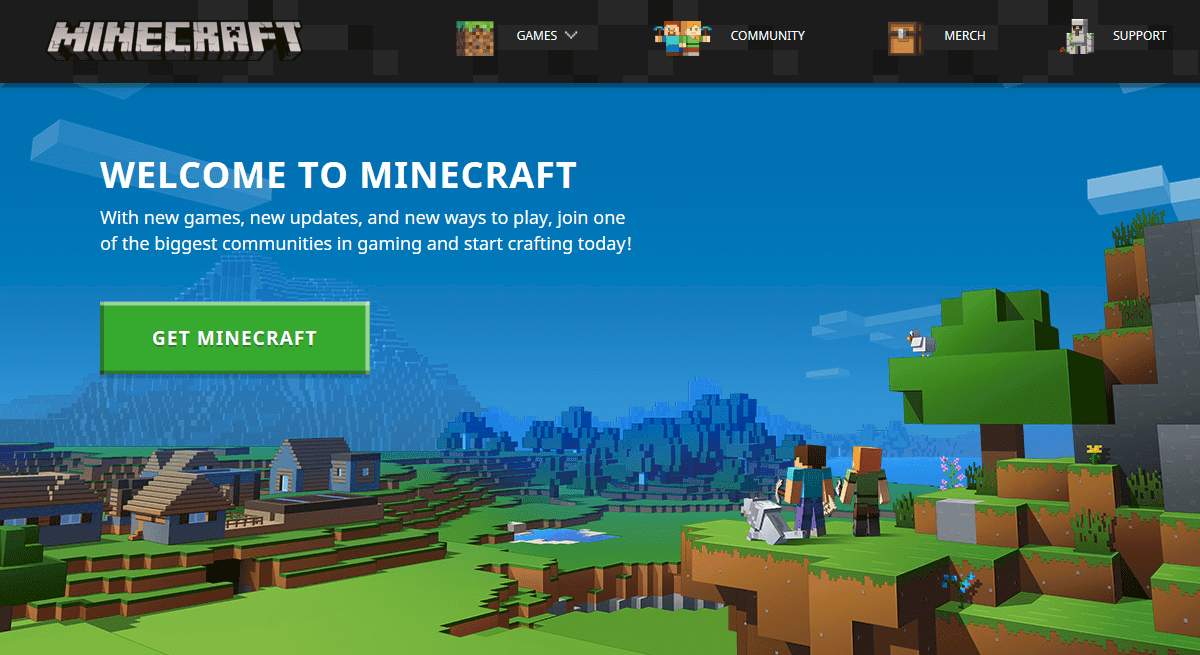 Think of Minecraft as the modern day version of a classic that hasn’t gone out of style. In fact, I’ve seen it referred to before as virtual Lego. This might not be accurate though as Minecraft has become so popular that there’s even an entire Lego theme of it!

Its simplistic graphics coupled by basic gameplay that still allows a great deal of innovation has made this game skyrocket in popularity.

Thanks to its supportive fan base, Minecraft has been able to push out onto virtually all digital platforms, from desktop computers to mobile devices and consoles. Today, Minecraft is available in plain vanilla or as one of many custom builds that fans and developers have created.

Although Minecraft can be played solo, one of its main attractions is multiplayer mode that allows users to engage with each other. This can result in many things depending on the environment.

For example, players can decide to wage war, run co-op quests, or simply co-exist in peace on their own little plots of virtual land. For multiplayer mode, there are four main options;

As you might be aware, hosting games is often difficult since they are typically more resource-hungry than most web applications. Thankfully, Minecraft isn’t exactly a huge resource hog and you can host it on web servers with some pretty basic specifications.

Still, that is taking into account basic setups of Minecraft – pure Vanilla as they call it. For these installations and an average player group of 10, you can get by with the bare minimum in VPS hosting.

Storage space is pretty negligible in context to what’s offered, so we’ll skip that here, as long as it is SSD based.

If you up the ante and get more serious about Minecraft hosting then you’ll be looking at harder numbers for player groups of 50 and above. You might also like to consider other possibilities such as the use of mods, which will drive requirements up even further.

In these cases I’d recommend a VPS plan like the Minecraft Villager Plan on Hostinger, offering 3GB of RAM but clocking in at $12.95/mo. As you can see, the more players you want to host, the higher your potential cost gets.

Benefits of Running Your Own Minecraft Server

So, having reached this point in the article, are you now wondering why on earth you’d go through the headache of finding your own server to host Minecraft on?

While I wouldn’t blame you for shying off at this point, there are some very positive aspects of Minecraft hosting to think about.

What To Look For in Minecraft Server Hosting? 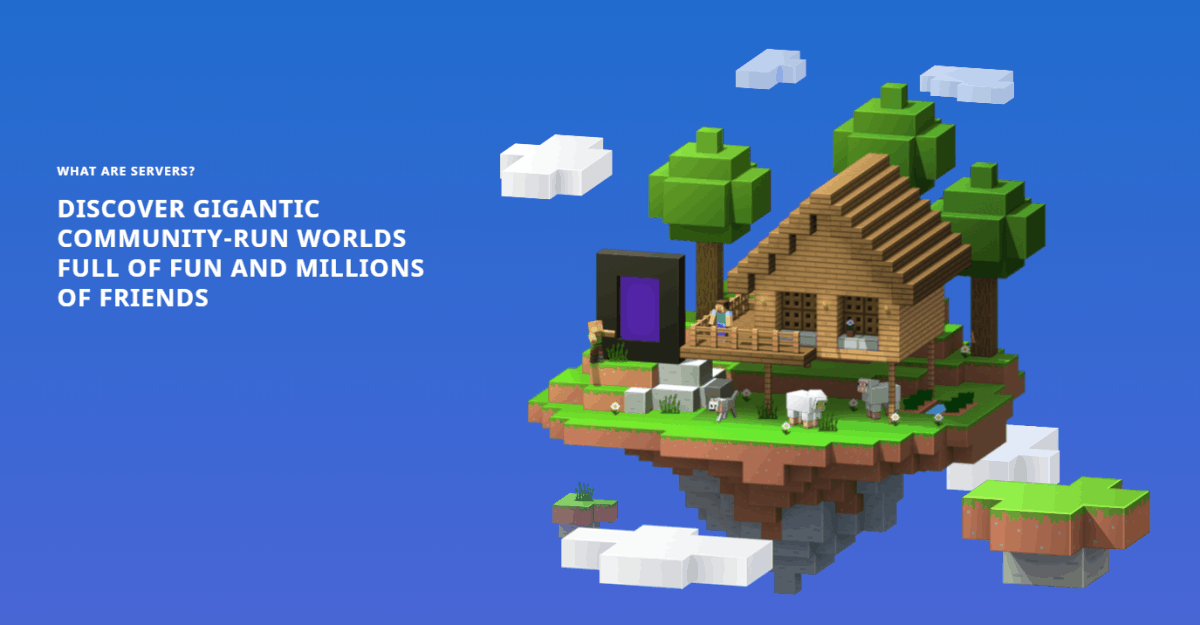 Like many other applications, Minecraft puts demands on both hardware and infrastructure. In order to enjoy a smooth gaming experience on self-hosted Minecraft environments, you need to be aware of some financial and technical details.

Although most of these details apply broadly to almost all web hosting options, some web hosts have gone a step further to offer specialized Minecraft hosting plans which may include extra Minecraft-specific features.

Running your own Minecraft server online means that you’ll need the hardware and bandwidth to support it. Unless you own a data center, that means renting space on a server hosted by a web hosting company like Hostinger.

Almost all web applications will require processing time to run but this is especially true for gaming environments. In actual usage scenarios, processing time is calculated in clock cycles (hence the presentation as MHz or GHz).

In web hosting, servers are often equipped with multiple, powerful processors. Exactly how much processor time you get is determined by the plans your web host offer. Shared hosting’s processor time is shared among accounts, while VPS or cloud hosting plans offer users exclusive use of certain amounts of resources.

RAM is fast, volatile storage that is used to run processes. When a request is made to your server, it loads data into memory for more rapid processing. If you have less memory than is required, then it becomes necessary for servers to swap data in and out of RAM more frequently, resulting in lower performance.

Again, as with processor time, shared hosting works from a large memory pool that is shared between multiple accounts. VPS or cloud plans offer their uses dedicated memory for use. Exactly how much will depend on the host and plan you choose.

Minecraft isn’t an exceptionally storage-heavy game but if you’re running a Minecraft server, having SSD will help speed up performance. Do know the differences that are possible in this area though.

Some web hosts will offer SSD-based server software (such as the operating system and web server software) while storing your data on regular storage. This is different from offering a full SSD solution where everything is stored on SSD.

This can be one of the most critical things for your Minecraft hosting server. The location where the server is hosted makes a difference. A server that is far away from where the players are will often result in high latency (lag).

If you are hosting players from around the world then there’s not much you can do about this. However, if you are hosting in a more localized context (perhaps for players in a specific country/region) then choose a web host with servers in or near that area. This can go a long way to reducing game lag.

You can use our server speed checker to check if the server you’re using is fast!

Examples of this type of support are often in the areas of assistance in installation and setup. To see if a host you’re considering will help with this, it is best to try and get in touch with them before selecting a plan.

There are many hosting companies out there that offer rates lower than the ones recommended here. However, I urge you to exercise caution when considering taking up these plans. Many of these plans will often offer sub-par services and may cut corners in areas ultimately affecting your gaming experience

"Hostinger has successfully harnessed the power of web servers for gaming."

Hostinger is our top pick as Minecraft hosting provider for a number of reasons. The first and foremost is that it is extremely rare to find a host that offers plans specially built to cater for Minecraft hosting.

Their Minecraft hosting plans are built on VPS servers, meaning you will get the dedicated resources needed to host Minecraft. Their plan structure is also built around the concept, offering a minimum of 2GB memory, near instant Minecraft server setup, and technical support that can help if you get stuck.

Setting up your Minecraft Server with Hostinger

Check out the video below and see how we set the servers up.

Hostinger is one of our top hosts!

Read our in-depth review on Hostinger to find out why!

"Shockbyte has turned gaming into big business, allowing for power and scalability."

Shockbyte is an Australian-registered company that specializes in renting out game servers. Their key focus areas are Minecraft, ARK: Survival Evolved, and Rust – with plans to support more titles.

Their plans are very focused and you can choose one that is very directly suited for your needs. Their experience with Minecraft allows them to offer some good suggestions, and this is a good place to go for specialized Minecraft hosting.

BisectHosting is another popular name in Minecraft hosting although it does offer almost all other web-related services. Due to the scope of their hosting plans, Bisect is more streamlined when it comes to Minecraft, supporting either the Java version or Bedrock.

A strong distinguishing feature is that all of Bisect’s Minecraft hosting plans have unlimited SSD storage, even on their cheapest plan. This is of course subject to their fair usage policy, meaning you can use it, but not abuse it.

"Take Minecraft hosting to the next level on GGServers with 1-click modpack installs."

GGServers is a Canandian web hosting company that offers web hosting, but also specializes in game servers. They have servers for a variety of games including Minecraft and have deployed more than half a million of these, to date.

They offer high-performance specs on their game servers and have a good spread of nine data center locations around the globe to choose from. Plans vary depending on resources provided and start at a basic 1GB RAM supporting 12 player slots.

"Get not only the hardware for Minecraft but also the support that you need to setup your server."

Apex Hosting is only focused on Minecraft and they offer 15 locations for servers worldwide with more coming. Their plans start small with a basic 1GB of RAM, but all plans come with a custom subdomain.

Their claim to fame lies in extensive support for Minecraft, featuring an easy to use control panel, video tutorials and the ability to get Minecraft servers up and running in a mere five minutes. Help is also available via live chat and a ticketing system.

As you can probably tell by now, hosting a Minecraft server doesn’t have to be terribly complex. In fact, the beauty of it is that since you’re in control, you can decide exactly how complex you want your Minecraft world to be.

Whether that means a massive server supporting thousands of players or a basic one for friends to interact together, the final decision is yours. Cost also isn’t necessarily a factor as you can see, since there are many ways that help you potentially recoup your costs.

Ultimately, hosting your own Minecraft server is a labour of love – and for diehard fans of the game, certainly something to consider. If you’re still on the edge and deciding if this is right for you, talk to the folks at Hostinger (which offers real Minecraft hosting plans & support) to see if they can advise you either way.

No, Minecraft is a licensed game that now belongs to Microsoft. There are various versions of it intended for a variety of platforms, but costs vary. For example, basic Minecraft for the Windows platform costs $29.99, while the PS4 version costs $19.99.

2. Is hosting a Minecraft server free?

No, hosting costs money since expensive infrastructure and equipment is involved. If you host online with a web hosting company, this cost can be shared and you pay a more reasonable monthly fee depending on your requirements.

3. How much RAM do I need for Minecraft server?

Like all applications, the higher the number of players on the server, the more RAM it needs to support them. For a basic setup with up to 10 players, at least 1GB on a web server is recommended. More will likely give you a much smoother gameplay experience.

4. Which is the best Minecraft server hosting service?

Hands down, Hostinger is currently leading this list. It offers specially developed Minecraft plans for those seeking to host their own and has the support staff necessary to advise you on everything from selection to installation.

5. What is the best free Minecraft server host?

Free hosting isn’t usually recommended and will be likely even less viable for more demanding tasks such as Minecraft hosting. Ideally, you would consider a VPS hosting plan to take advantage of the dedicated resources available on those plans.