Is Hostinger Secure? We Take A Look

With cybercrime on the rise, business owners need to be extra vigilant when it comes to keeping their website’s security in check. A good place to start is by making sure you’re set up with a secure web host that provides all the tools you need to protect your website and its visitors.

Today, we’ll be reviewing Hostinger’s security features as well as doing a check on their security history. Let’s get started:

First, let’s look at the bases that Hostinger covers. Most of these are configured via Hostinger’s custom control panel – check our article on hPanel for more info.

1. All plans come with a free SSL certificate

Hostinger recently added Let’s Encrypt a couple of years back, which makes your website eligible for a free SSL certificate regardless of which Hostinger web hosting plan you’ve signed up for.

For those unfamiliar, SSL provides an extra layer of security by establishing an encrypted link between you and your visitors, ensuring that any data passed between both parties are 100% private. This is crucial when entering sensitive information (e.g. your credit card number), so that no attackers will be able to intercept whatever data you type.

Oh, and it’s also what gives that additional ‘S’ in ‘HTTPS’, which can also help your visitors feel more safe while browsing your website. What’s more, it’ll also be beneficial for your SEO rankings too, since Google favors sites with SSL certificates over those without them. 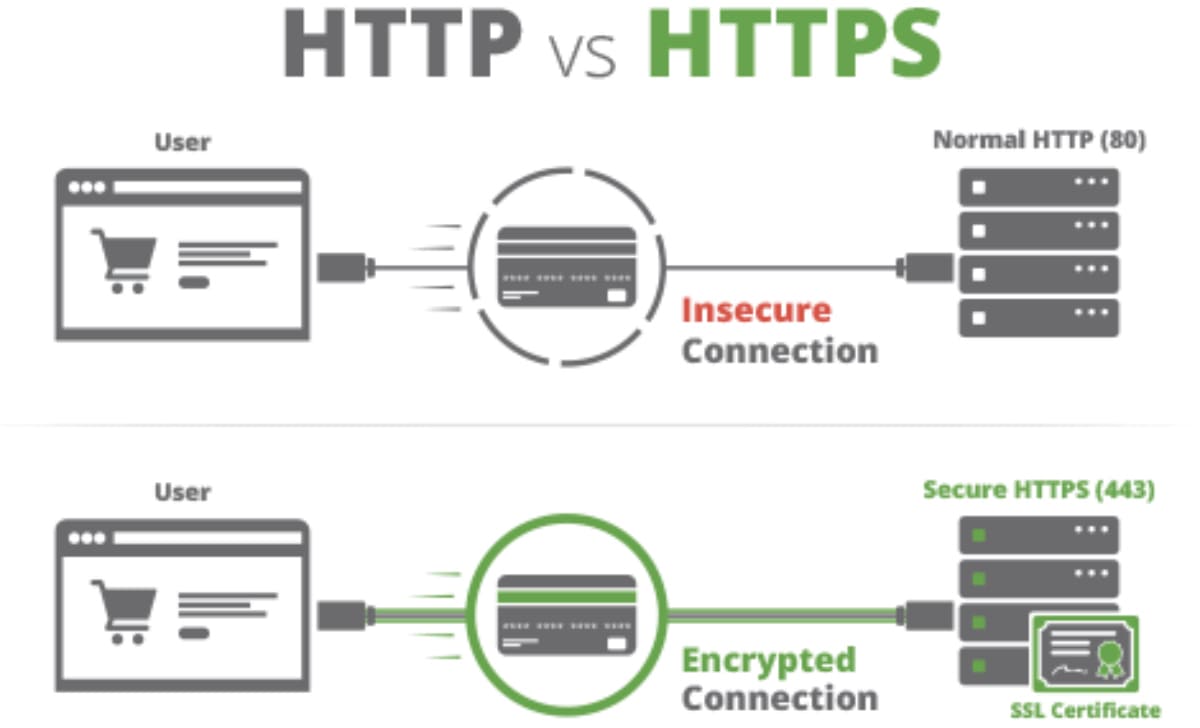 The difference between HTTP and HTTPS. (Source: SleepySoul)

Hostinger makes it pretty easy to install too – all it takes is a few clicks to set up and you’re good to go!

For all the details on the SSL’s included, check our article on how to install an SSL certificate on Hostinger.
(Back To Top)

2. You get DDoS protection with Cloudflare

Hostinger also allows you to set up Cloudflare on their server, which masks server IP addresses and protects your site from DDoS attacks.

What exactly is DDoS, you ask? Well, to put it simply, this is what you call Distributed Denial of Service, which is basically your site crashing due to an overwhelming amount of fake traffic sent by an attacker. This can be detrimental to any type of business, as a system overload would prevent legitimate transactions from pushing through and even affect your brand’s reputation. It’s why uptime is always so important!

Luckily, these attacks can easily be prevented with services such as Cloudflare. Depending on your Hostinger plan, you can get it for free or might need to pay a one time fee.

Protect your site by activating Cloudflare. (Source: SleepySoul)
(Back To Top)

3. Hostinger lets you backup your website daily or weekly 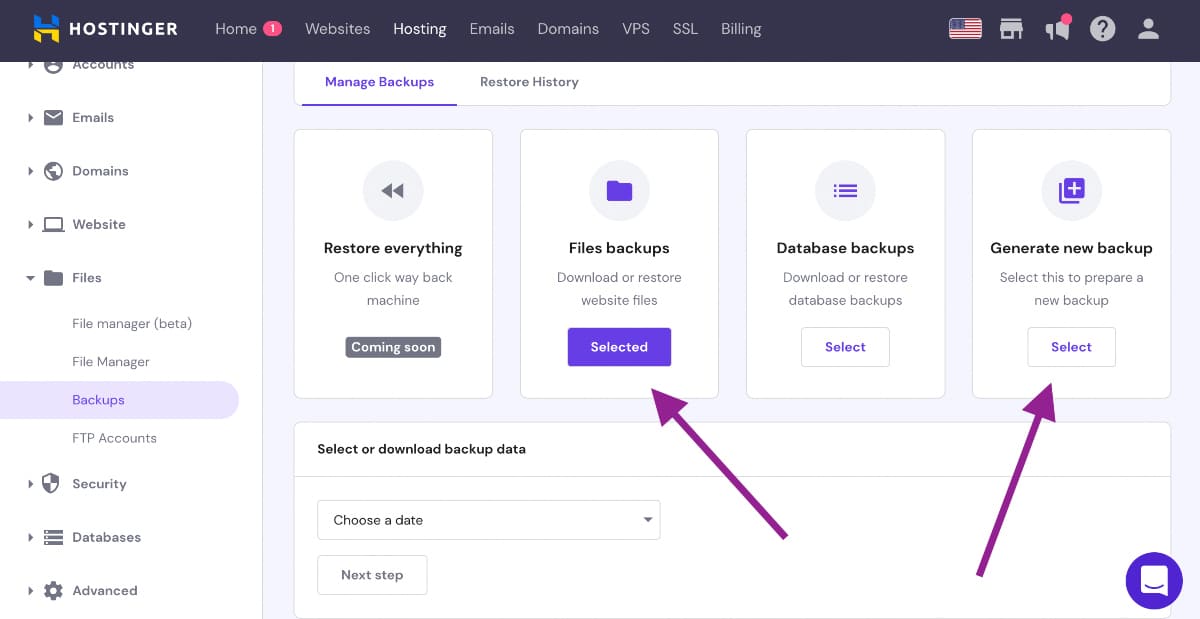 If you notice a little glitch or error on your website, or have recently made changes that you now regret, this is where backups come in handy. Website backups give you the power to turn back time by simply reverting your website back to a previous version – as easy as snapping your fingers.

Hostinger includes automatic weekly backups in all their plans – which should be sufficient for most users.

As for daily backups? Well, Hostinger users on their Business plans will get automatic daily backups included. If you’re on their cheaper plans, you’ll need to fork out an additional $2.09/mo for automatic backups every day.

You can upgrade to automatic daily backups on Hostinger’s Shared Hosting plans for a small fee.

Another option for anyone who’s on their cheaper plans, and doesn’t want to pay – is to backup your files manually via your hPanel.

These days, having a strong password is simply not enough. But with 2FA, you can now rest assured that all your logins are done by you. Because even if someone gets a hold of your password, they still won’t be able to access your account!

The only way to log in is through a special confirmation code which will be sent to you via a third-party authentication app.

Again, setting up two-factor authentication can be done in a few quick clicks from your Hostinger dashboard.

How to activate two-factor authentication.
(Back To Top)

Aside from the basic features, Hostinger also utilizes advanced features such as:

How Does Hostinger’s Security History Hold Up?

Hostinger is always finding new ways to improve their security for their clients, especially after the security incident they encountered in 2019. When an unauthorized third party gained access to their internal system APIs, the perpetrator was able to access hashed passwords and some non-financial customer data.

Fortunately, client accounts and other sensitive information such as payment details remained untouched and unaffected, as all payments are made through third-party providers.

Since the breach, Hostinger has restricted the vulnerable system, and made sure that access to that system is no longer available. They’ve also rewritten a considerable amount of their backend system code, reset all client passwords, assembled a dedicated cybersecurity team, moved client-sensitive data to a separate database that can only be accessed through a strictly audited channel, and more precautions to safeguard their clients’ information.

The Verdict – Hostinger Is An Excellent Secure Web Host

Though Hostinger went through a rough patch back in 2019, they eventually were able to bounce back by investing in more security features as well as staff members to consistently monitor their servers. They also offer an impressive set of security tools that cover both basic and advanced protections.

Aside from the improvements – we’ve continuously been impressed by their affordable price points and the well-rounded hosting services that they offer. If you’re interested in diving deeper – check our full Hostinger review for more details!