How To Watch Friends Online From Anywhere in 2023

For US fans, HBO Max holds the rights to stream Friends online, including Friends: The Reunion. Subscriptions start at $14.99/month. Some Netflix regions also have all 10 seasons of Friends. If you live outside the US and some regions, using a VPN to bypass geoblocking and watch Friends is your best bet. Two VPNs we tested are ExpressVPN and Surfshark.

Nothing epitomized the 1990s more than the much-beloved American sitcom Friends. The sitcom was a hit from the moment it premiered in 1994. It quickly became one of the most popular shows on network television and remained so for 10 seasons. In this article, you’ll learn a few ways to watch Friends for the first time, or all over again!

So has no one told you life was gonna be this way? Is your job a joke, are you broke, and is your love life DOA? Well, we’ll be there for you!

Where To Watch Friends Online from the US

For those living in the United States, accessing Friends is relatively straightforward. The show and all 10 seasons are streaming on HBO Max, including the reunion special Friends: The Reunion. Just be ready to fork out $14.99 a month if you want access to HBO Max.

The great thing about streaming Friends on HBO Max is that you have access to all 236 episodes of the show and various other content (legally, if we might add). 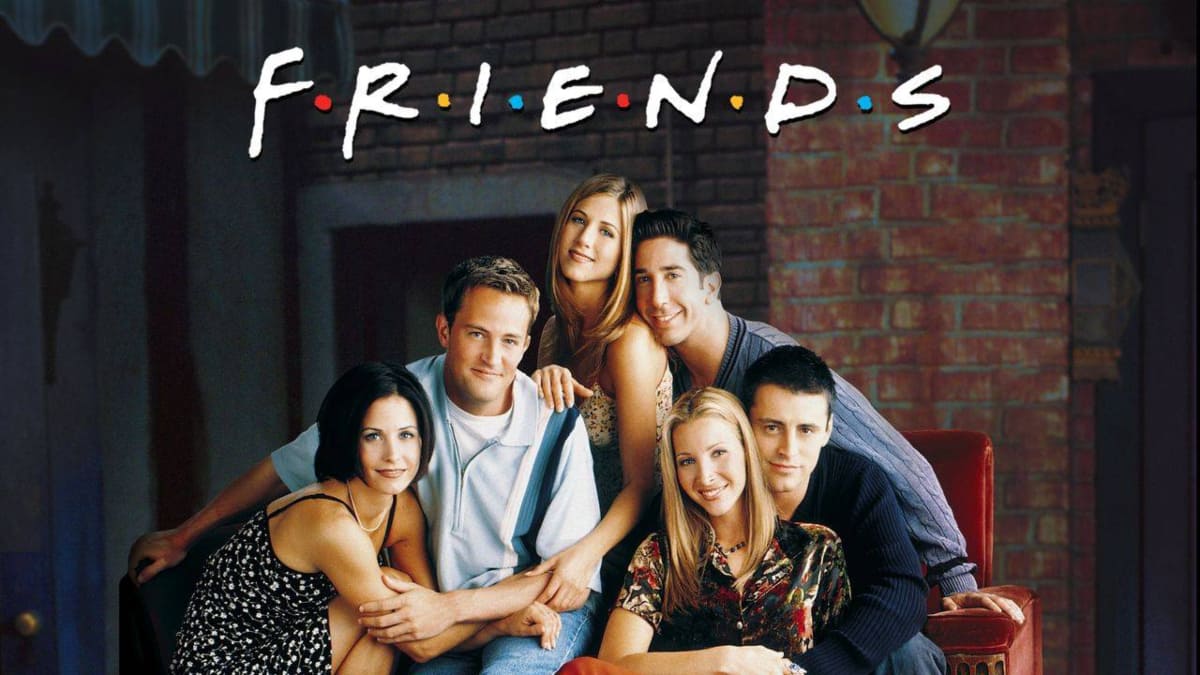 Netflix US used to have a deal with WarnerMedia (the company behind Friends) to stream the show, but this expired in 2020. Still, you can watch it if you’re lucky enough to live in a region where Netflix has a license agreement with WarnerMedia—or if you have access to a VPN (more on that below).

How to Watch Friends Online Outside the US

Accessing Friends can be a bit more challenging for those living outside the US. Using a VPN (Virtual Private Network), you can overcome location-based restrictions and stream the show from anywhere in the world.

If you don’t live in the US or don’t want to get an HBO Max subscription, don’t fret! As we mentioned, some Netflix regions, such as Australia, India, and South Africa, still have all 10 seasons of Friends. Still, you can get or rent individual episodes rather than the entire 10 seasons on sites such as Amazon Prime Video, Vudu, or iStore.

Chromecast and Roku users will be glad to hear they can stream Friends using their devices. BUT! You’ll still need to install a VPN for Roku or Chromecast to bypass geo-restrictions.

Anywhere else, you’d have to use a VPN to change your Netflix region to where Friends is available, such as connecting to a server in the UK, France, or India.

Watching Friends from Outside the US with a VPN

Unfortunately, if you try to access HBO Max from outside the US, you’ll find yourself blocked. That’s where a VPN comes in.

A VPN allows you to connect to a remote server in another country, making your device appear as if it were located in the same region. This way, you can bypass geo-restrictions and access content that’s only available in specific countries.

For this blog post, we tested ExpressVPN to watch Friends on Netflix and HBO Max.

How to watch Friends on Netflix with a VPN

As we’ve mentioned, Netflix US doesn’t have the rights to stream Friends. But some other regions do—for example, Canada or parts of Europe, such as Belgium, Germany, or Switzerland. So if you want to watch Friends on Netflix from outside these regions, you’ll need a VPN.

Follow these steps to use ExpressVPN to watch Friends on Netflix from anywhere: 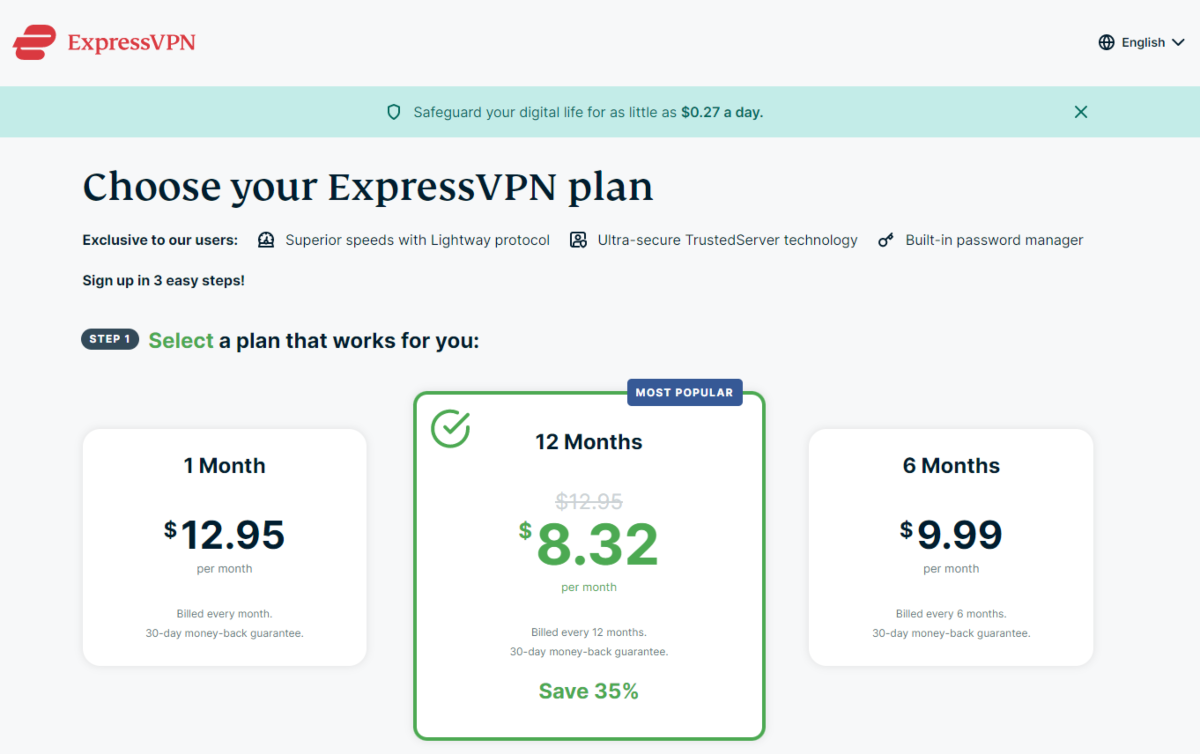 These steps shouldn’t take more than 10 minutes. Once you’re done, you can watch Friends (or your other favorite shows) on Netflix from anywhere in the world.

How to watch Friends on HBO Max with a VPN

Unfortunately, users outside the US can’t watch Friends on HBO Max without using a VPN. HBO Max is only available in the US and its territories at the moment, which means you’ll need to get a subscription. Still, watching the sitcom from outside these regions—even with an active subscription—might be tricky without a VPN.

To watch Friends on HBO Max, here’s what you need to do: 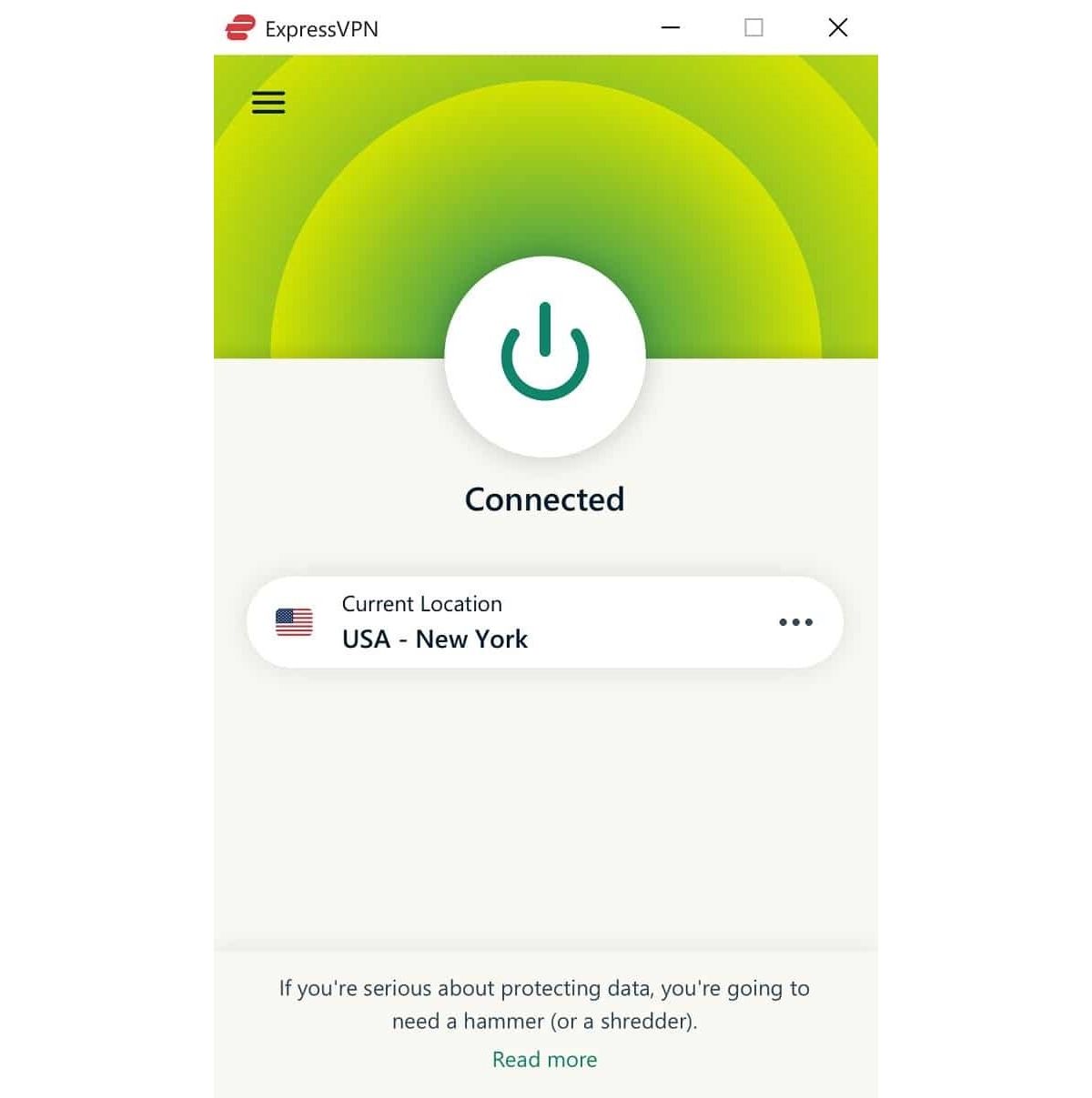 With ExpressVPN, you can watch Friends from anywhere in the world. The process is simple and straightforward. Plus, there are no bandwidth caps or data limits, so you can stream all your favorite shows beyond Friends on HBO Max.

What VPN Should I Use to Watch Friends?

You deserve the best and only the best when it comes to VPNs. That’s why we recommend ExpressVPN and Surfshark when watching Friends from outside the US. Both providers offer lightning-fast speeds and unrestricted access, plus a whole host of other features to whet your viewing appetite.

Here’s how the two compare in terms of connection, security, pricing, and other features and what we didn’t like about both:

On the other hand, Surfshark has over 3,200+ servers in 65 countries, so you can access streaming sites like HBO Max and Netflix from anywhere. It also has unlimited bandwidth and allows for an unlimited number of simultaneous connections with one subscription. 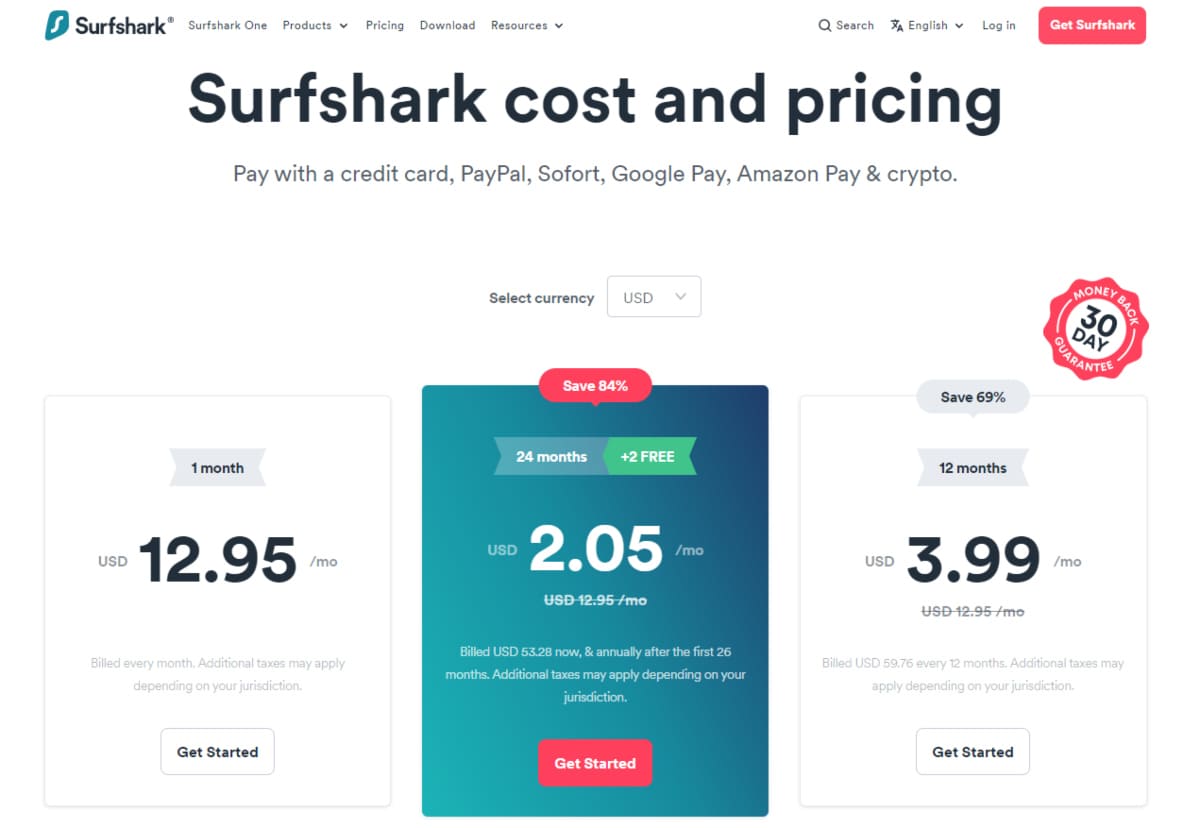 Surfshark offers a 30-day money-back guarantee if you think it’s not for you.

Whether you’re looking to watch Friends from anywhere in the world or just want to stay secure online, both ExpressVPN and Surfshark have you covered.

What Is Friends All About?

For new fans who don’t know, Friends is a classic sitcom that first aired in 1994 and ran for 10 seasons. It follows the lives of six close friends living in New York City as they navigate their way through life, love, and all sorts of pitfalls along the way. Critics have hailed the show as one of the most iconic TV series of all time and it has remained popular over the years. 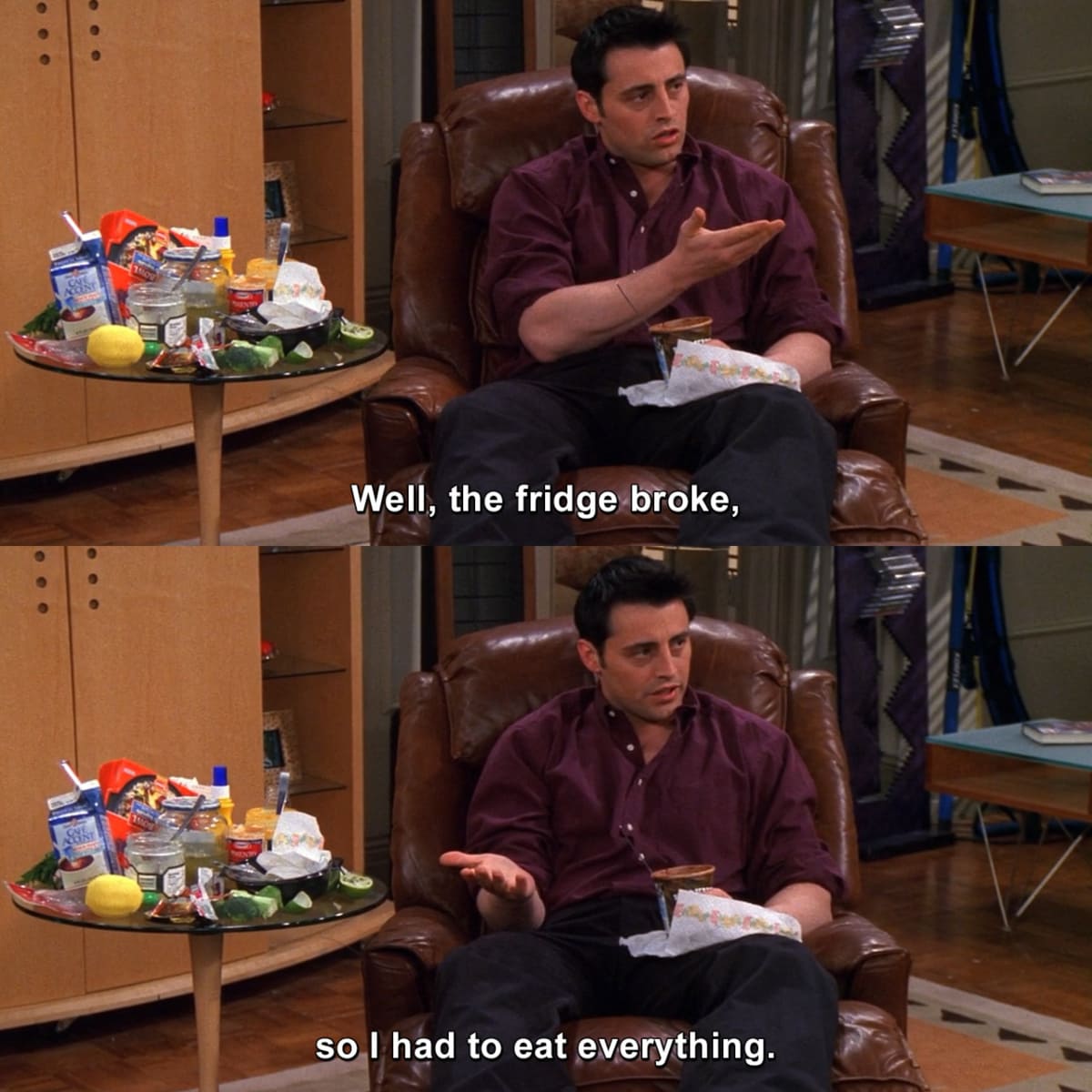 Appliance trouble was one such pitfall the gang faced. (Credit: TVGag) 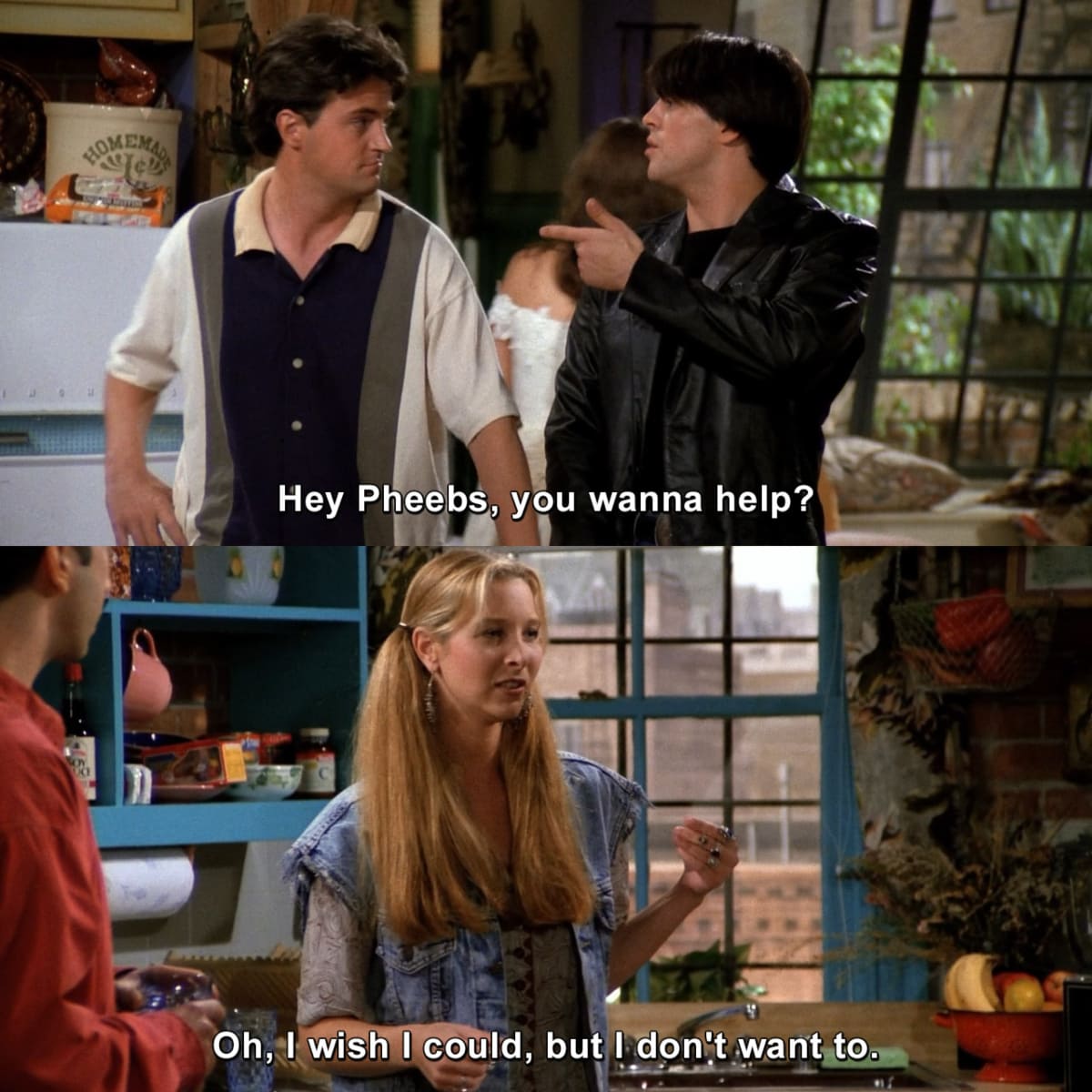 Is Friends a Good Watch?

Ask that to any fan of the show, and you’re almost guaranteed a resounding yes! Friends has truly stood the test of time and is still beloved by viewers all over the world. The series has been praised by critics and fans alike for its sharp writing, well-crafted characters, and unique humor.

It’s an easy watch that’s still as entertaining today as it was when it first aired over two decades ago.

Watch Friends with Your friends Anywhere in the World!

Suffice to say, you can’t talk about sitcoms without mentioning Friends. Now, you can watch the iconic series with your friends from anywhere in the world. With a VPN, you can access streaming platforms like Netflix and HBO Max from any corner of the globe—no matter where you are.

Simply download and install a reliable VPN service, unblock streaming platforms, and get ready to relive the iconic 90’s show with your friends.

Juan is an editor-writer from the Philippines who loves exploring the great outdoors through his camera lens. You can also find him savoring local cuisines or reading about films.

How To Host A Website: A Guide For Newbies

How To Watch Love Island Online (All Series)