Home > Best VPN Services > VPN Encryption: What Is It And How Does It Work?

VPN Encryption: What Is It And How Does It Work?

As we rely more and more on the internet for daily tasks, it’s crucial that we keep our personal information secure. Taking simple steps such as protecting passwords and monitoring our online activity helps protect us from potential threats while still enjoying all of the benefits of a digital world safely.

Enter VPN encryption — a powerful piece of technology equipped with a unique set of features that shatter the barriers between public networks and private data.

So if you’ve been wondering what all the buzz around this technology is about, we’ve got you covered! In this blog post, we’re diving deep into the best VPN encryption:

Keep reading to get up to speed on everything there is to know about this advanced form of online protection!

What Is Encryption And Who Uses It? 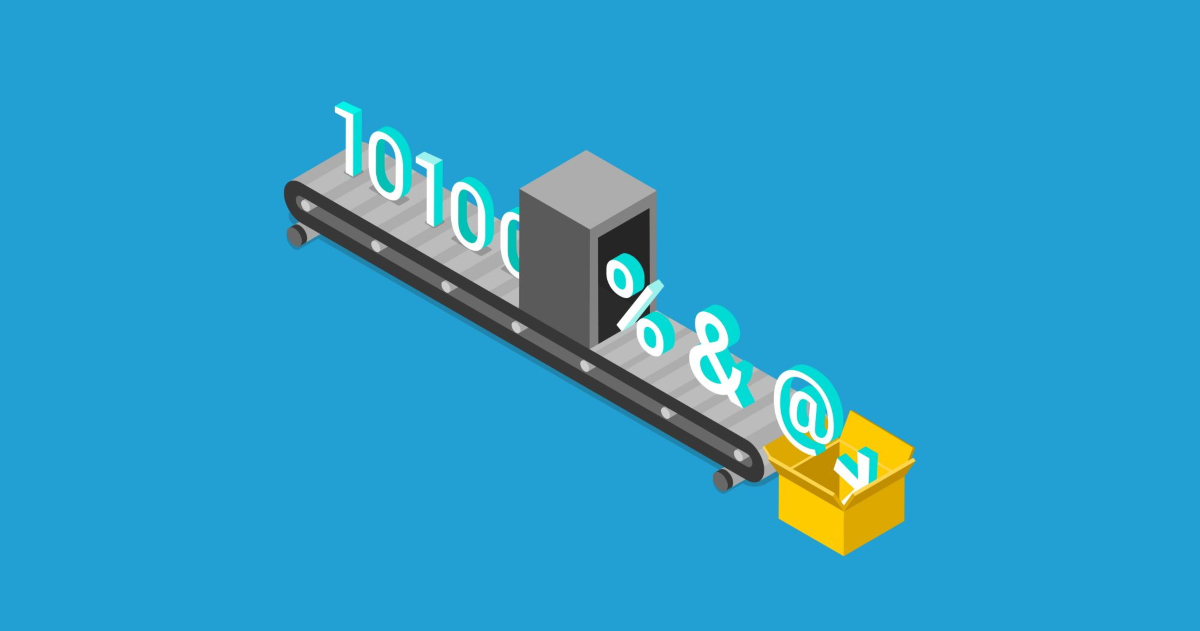 Encryption keys consist of limitless combinations of characters and symbols to protect your data.

Encryption is a process of transforming plain text into coded language that only authorized personnel with the right “key” can decipher. It’s used to secure data in transit, from unauthorized access and manipulation, making sure that your sensitive information stays safely tucked away at all times.

Think of encryption like a lock on a door, designed to keep out unwanted visitors and protect the valuable treasures inside. When you insert the correct key, that’s when the door unlocks and you can access the stuff behind that door (i.e., your private data). Without the key, getting in is impossible.

Radio messages during World War II were coded (or encrypted) with a codebook that had all the instructions the receiver needed to unscramble the message and make sense of it. That’s one of the oldest and simplest forms of encryption!

Today, you can feel encryption protecting your financial transactions made from mobile devices or computers, verifying digital signatures, and authenticating website visitors. It has become an increasingly valuable tool for everyday internet users!

So you’re browsing the net one day, and there’s something unusual in the website’s URL. It says “http” instead of the regular “https“. What does that mean? Should that be a cause for concern?

When you see “http” instead of “https” at the beginning of a website’s URL, that means the website is not using a secure connection. This means that any information you enter on the website isn’t encrypted, making it vulnerable to interception by malicious third parties. It’s generally a good idea to avoid entering any sensitive information on a website that doesn’t use a secure connection, as it could potentially lead to identity theft or other security threats. 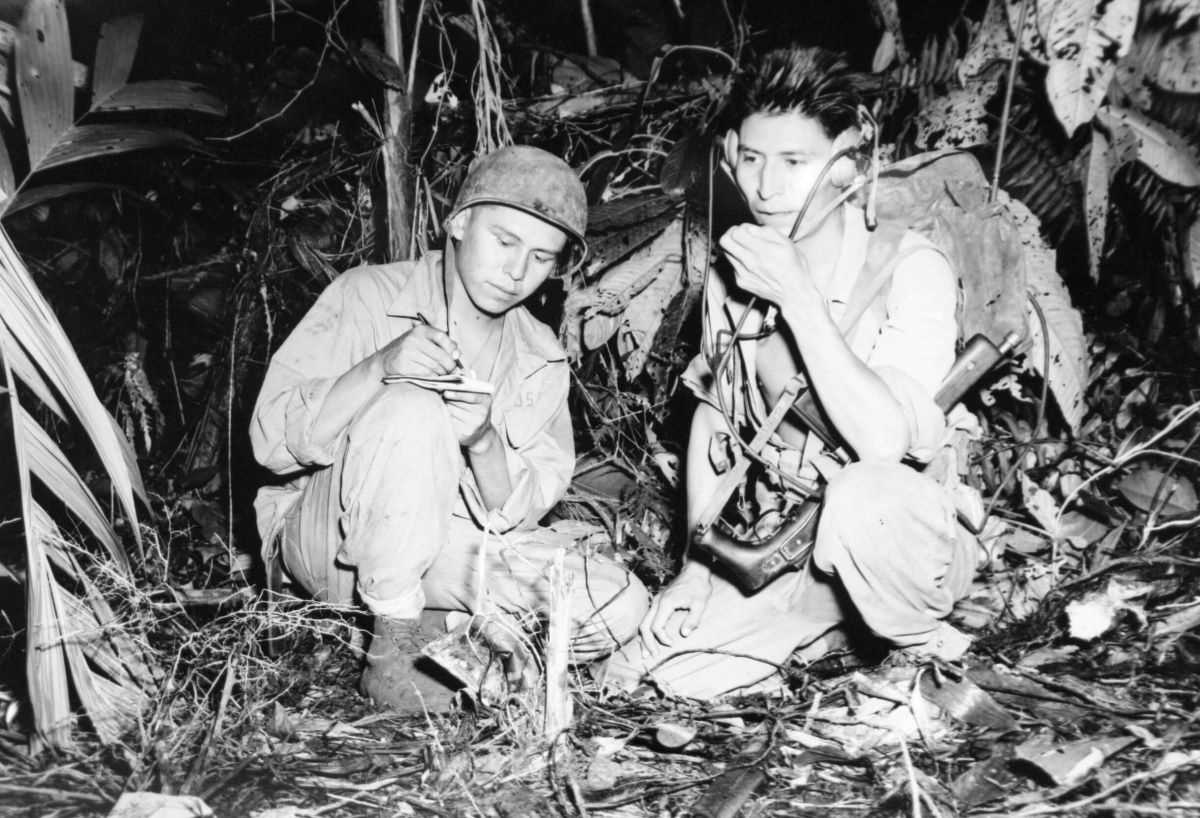 Coded messages in WWII were the earliest form of encryption. (Source: National Museum of the American Indian | Smithsonian)
(Back to Top)

How Does VPN Encryption Work?

VPN encryption works by establishing a secure connection between the user and the server.

This connection uses an encrypted tunnel, created using a combination of protocols like OpenVPN and IPSec. This tunnel is a secure path for data to travel between two points, which means that any data sent through this tunnel is kept safe from hackers and other forms of cybercrime.

Additionally, VPN encryption adds a layer of anonymity to your internet activity by masking your IP address so you can remain anonymous online. This helps protect your personal data from being tracked and collected by malicious actors, such as advertisers or even governments.

What Encryption Methods Do VPNs Use?

Most VPNs use one of two types of encryption methods: symmetrical or asymmetrical.

1. What is symmetrical encryption?

Symmetrical cryptography is the older of the two methods, and it’s what most people are used to. It works by using a single key to encode and decode data. This key is shared between the sender and receiver of the data, which means that both parties need to know it in order to access the information

Advanced Encryption Standard (AES) is the most popular symmetrical encryption algorithm used by VPNs today. It’s incredibly secure, with most services using a 256-bit key. (More on this later.)

2. What is asymmetrical encryption?

On the other hand, asymmetrical cryptography is the newer of the two methods. Asymmetrical encryption uses two different keys — one to encode data and another to decode it. This means that only the sender and receiver of the data can access it. 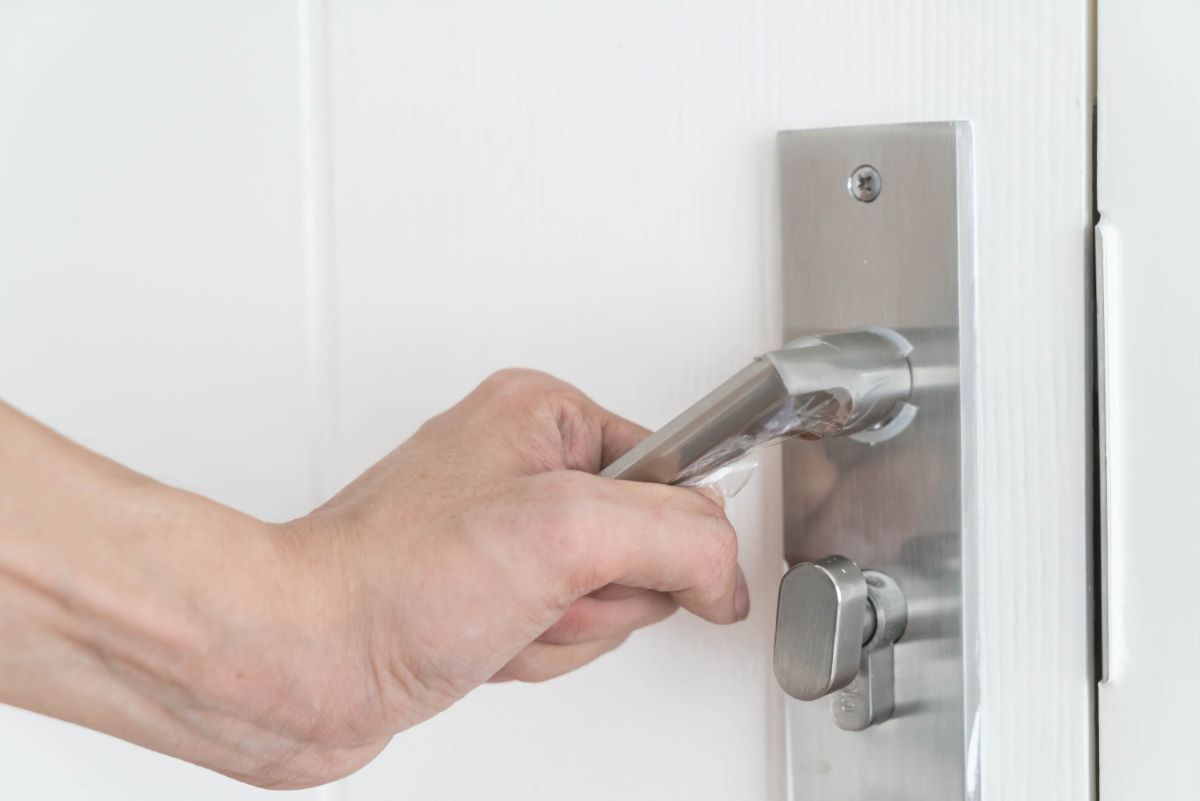 If you don’t have the key, it’s virtually impossible to get to your data!

What Is Advanced Encryption Standard (AES)?

Advanced Encryption Standard (AES) is a widely used encryption protocol VPNs use to secure data in transit and protect it from unauthorized access. It’s a powerful encryption protocol that uses a variable key length to ensure maximum security for the data being transmitted.

AES encryption is considered to be one of the most secure encryption protocols available today. It’s used by most commercial VPN services and is often referred to as “military-grade” encryption due to its advanced security measures. 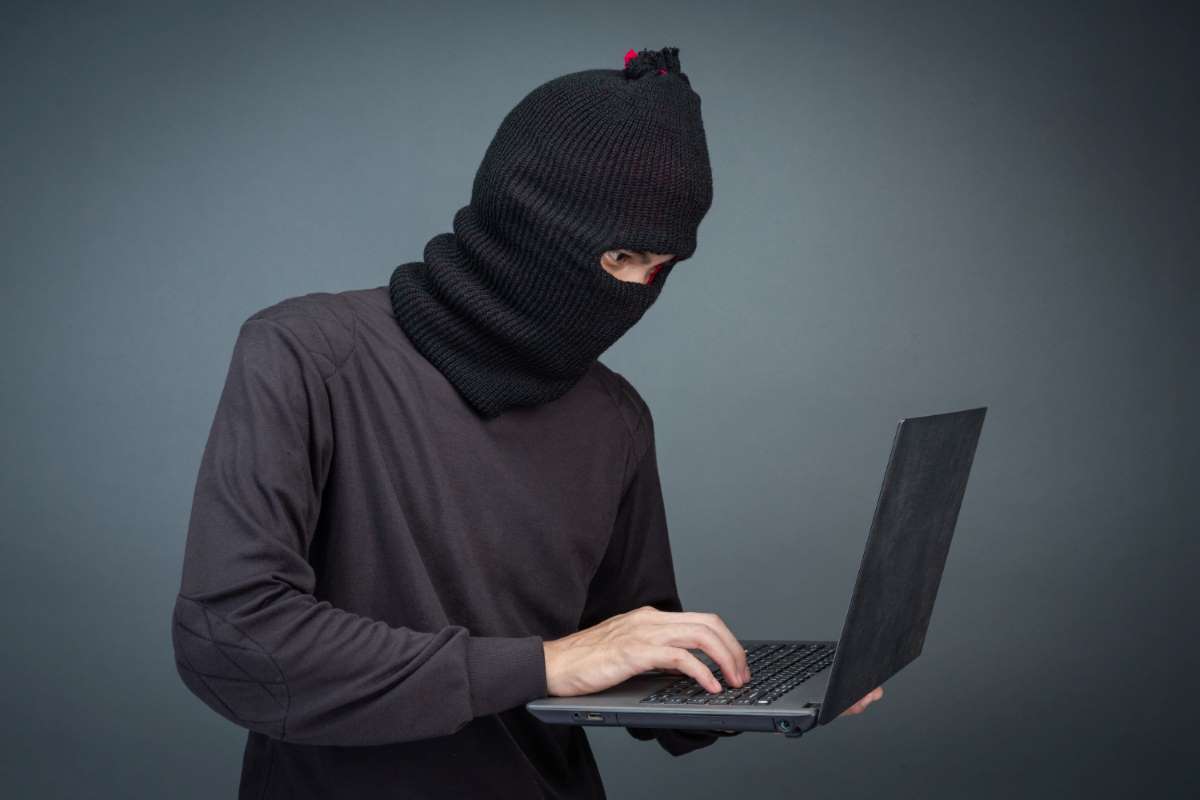 Short of a cybercriminal taking the key from you physically, they can’t crack VPNs with the AES protocol.

Most reliable and well-established VPNs like ExpressVPN and Surfshark use a 256-bit key length for AES encryption, which is considered to be virtually impossible to crack. For instance, ExpressVPN uses a 4096-bit RSA key for authentication and 256-bit AES encryption. The only way a cybercriminal could decode the data would be through brute force, which is practically impossible given the amount of time and computing power it would take.

Using a VPN encryption protocol like AES is the best way to protect your data and keep it safe from prying eyes, whether you’re sending sensitive information or just browsing. With AES, your data is secure and can’t be accessed by anyone but you.

Yes, end-to-end encryption is standard in most reliable VPN services. This means that they encrypt all the data you send and receive through the network so no one else can intercept or read it, including employees that work at that VPN. You don’t have to worry about an ex-employer or your ISP snooping on your online activity.

End-to-end encryption ensures your data is completely secure as it travels from your device to the VPN server and back again. It also means that even if someone were to gain access to your data, they wouldn’t be able to read or decode it without the corresponding encryption key. 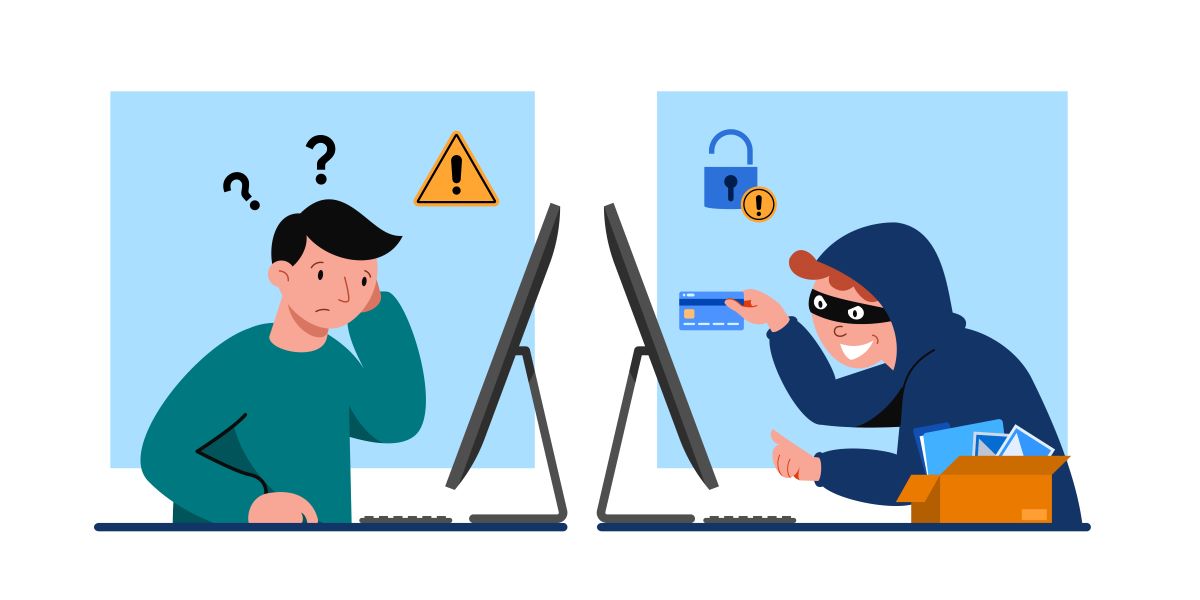 End-to-end encryption has made online shopping a lot safer today.
(Back to Top)

What Do VPN Protocols Have to Do with Encryption?

There’s some confusion around the terms “VPN protocol” and “encryption“. They’re not necessarily the same thing, but they do go hand in hand, working to keep your information secure.

VPN protocols are responsible for establishing a secure connection between two or more devices. They’re responsible for providing authentication, encryption, data integrity, and the ability to traverse a network securely. Encryption is one of the core features of VPN protocols, as it is used to protect data from being accessed by an unauthorized third party.

Encryption works by scrambling the data so it’s unreadable to anyone who doesn’t have the necessary key to decrypt it. Without encryption, malicious actors can potentially intercept and read the data. VPN protocols use strong encryption algorithms to ensure that data is kept secure during transmission. 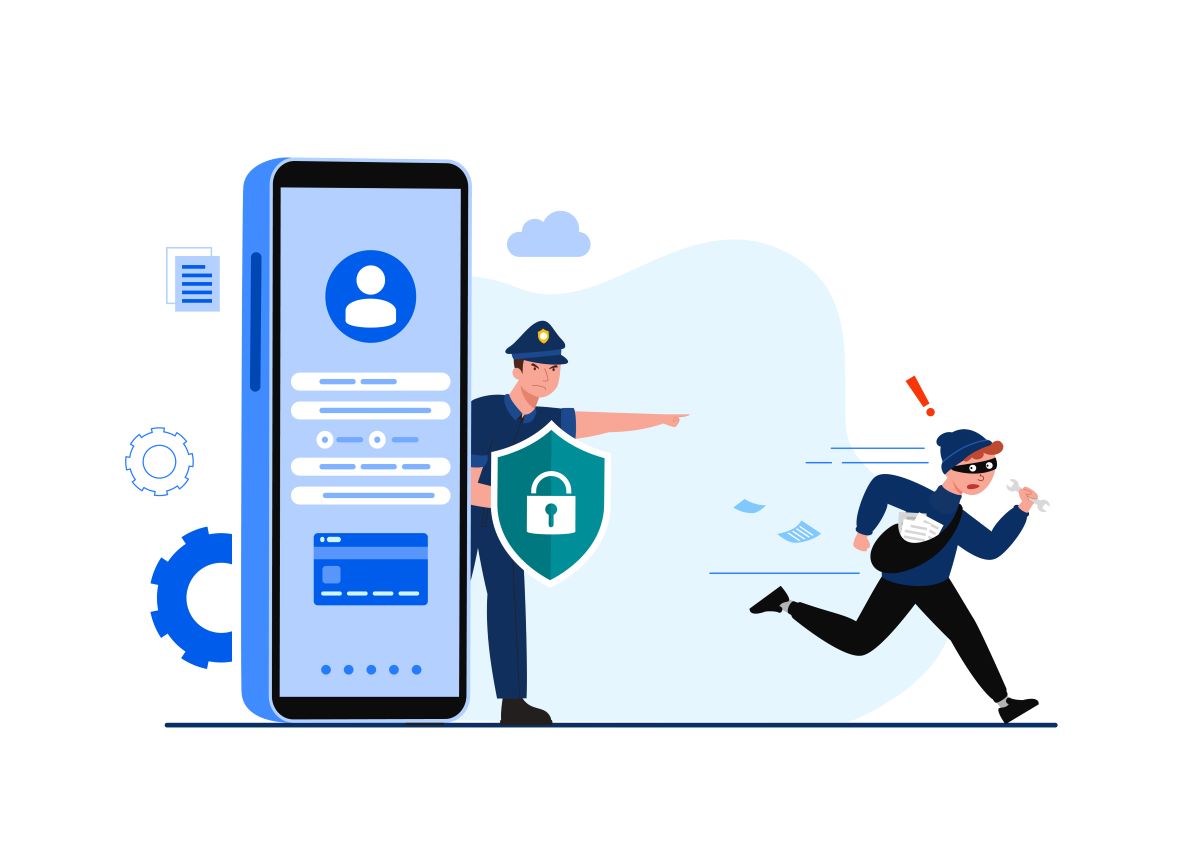 Encryption is a critical component in a VPN protocol.

When you’re choosing a VPN protocol, make sure you select one that offers strong encryption. One VPN protocol gaining ground today is Wireguard. It’s an open-source protocol that features state-of-the-art encryption and is considered to be one of the most secure protocols available.

Wireguard works by creating a secure tunnel between two points on the internet. In order to establish a secure connection, Wireguard requires both parties to authenticate each other’s identity. This authentication is done using public key cryptography.

The Wireguard protocol then uses a combination of secure tunneling, encryption, and authentication methods to ensure a secure connection between the two endpoints. After the connection is established, Wireguard encrypts all data traffic flowing between the two points, protecting it from malicious actors.

Key Takeaway: Get a VPN with Strong Encryption

No matter what kind of data you’re sending or receiving, encryption is essential for keeping it safe from prying eyes. When selecting a VPN service, make sure it uses strong encryption algorithms like AES and has a reliable protocol such as Wireguard. This will ensure your data is protected and secure no matter where it travels.

A VPN with strong encryption ensures you can browse the web safely and securely, so make sure to choose one that meets all your security needs. With the right encryption, you can keep your data secure and protected from unwanted eyes. Happy browsing!

Juan is an editor-writer from the Philippines who loves exploring the great outdoors through his camera lens. You can also find him savoring local cuisines or reading about films.

VPN Kill Switch: What Is It and How Does It Work?

What on Earth Is VPN Obfuscation? (Do You Need Them?)