Unlike hard drives for most personal computers, you should emphasize reliability over speed for those used in NAS. Most major hard drive manufacturers have NAS-specific models, but my top choice is Seagate IronWolf to balance reliability, price, and performance.

If you’re hunting for hard drives to park in your Network Attached Storage (NAS) device, you’ve come to the right place. I’ve spent years poring over detailed lines in data sheets to bring you the best NAS hard drives and matching them to various use cases.

NAS drives vary in specification by brand and sometimes even model. Because of this, what works for your friend may not be ideal for you. Keep reading till the end to see the recommended use cases for the drives below, plus a buying guide.

Prices shown in this article were based on the time of writing. To view current prices, click on the various product links. 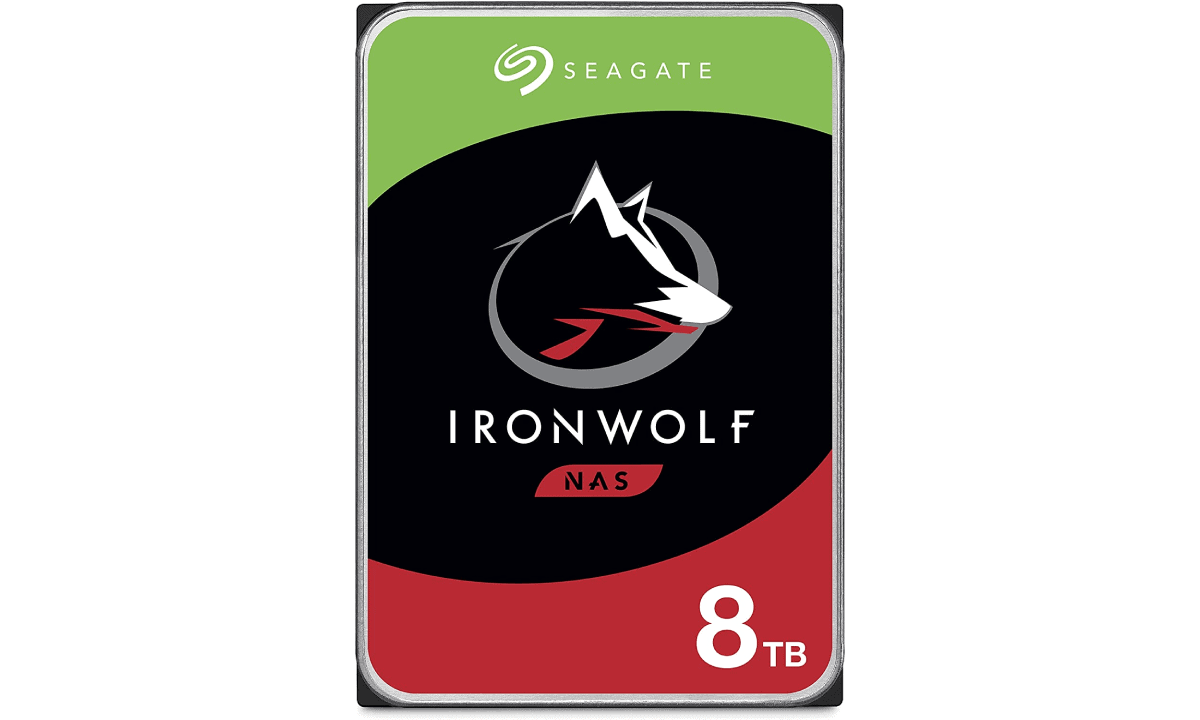 The Seagate IronWolf is a range of drives by Seagate built for use in consumer-level NAS devices. They come in capacities between 1 to 12TB, with higher capacity drives offering the same reliability but better performance.

Once you hit the 8TB capacity mark, you get an impressive drive that will run at 7.200 rpm, enabling it to hit write speeds of 210 MB/s. Seagate drives are also readily available in most markets, so you can get replacements easily. 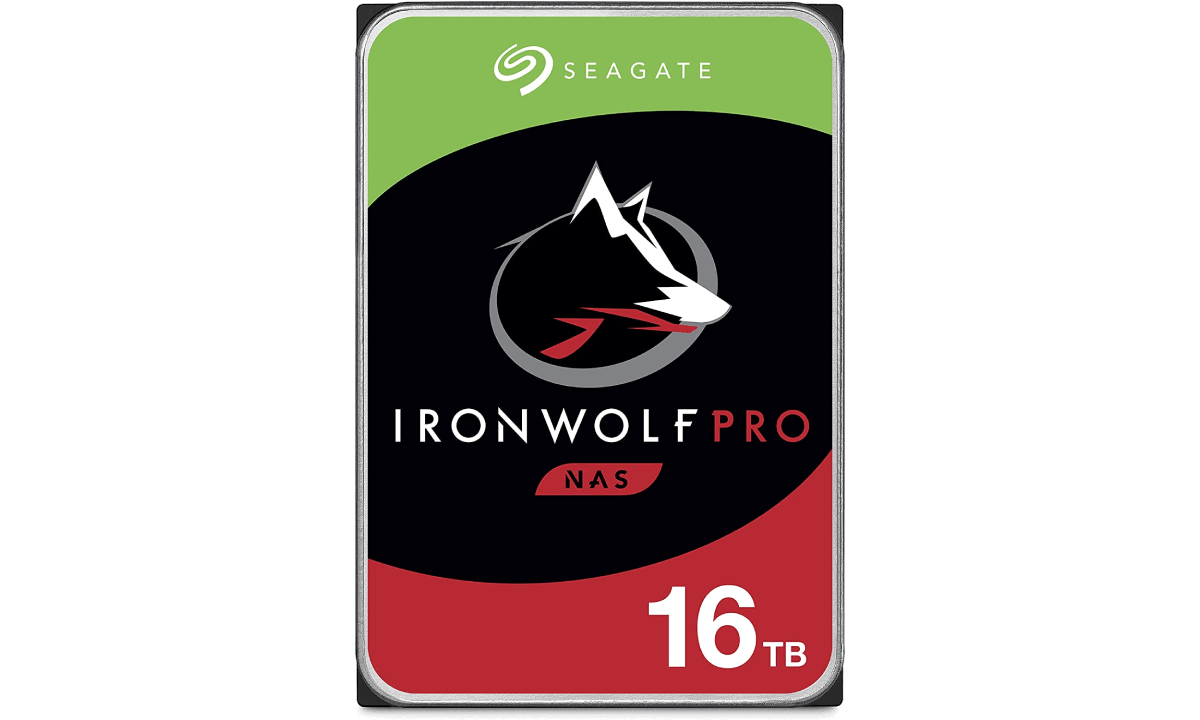 If you’re looking for something that falls more into the prosumer range, then the Seagate IronWolf Pro series is for you. These drives eliminate the weakness found on the lower range of IronWolf drives and are supercharged across the line.

Seagate IronWolf Pro drives offer slightly better endurance than their non-Pro cousins and max out on speed and cache size. More importantly, the Pro series extends the number of drives you can run in RAIDs to 24 drives per configuration. 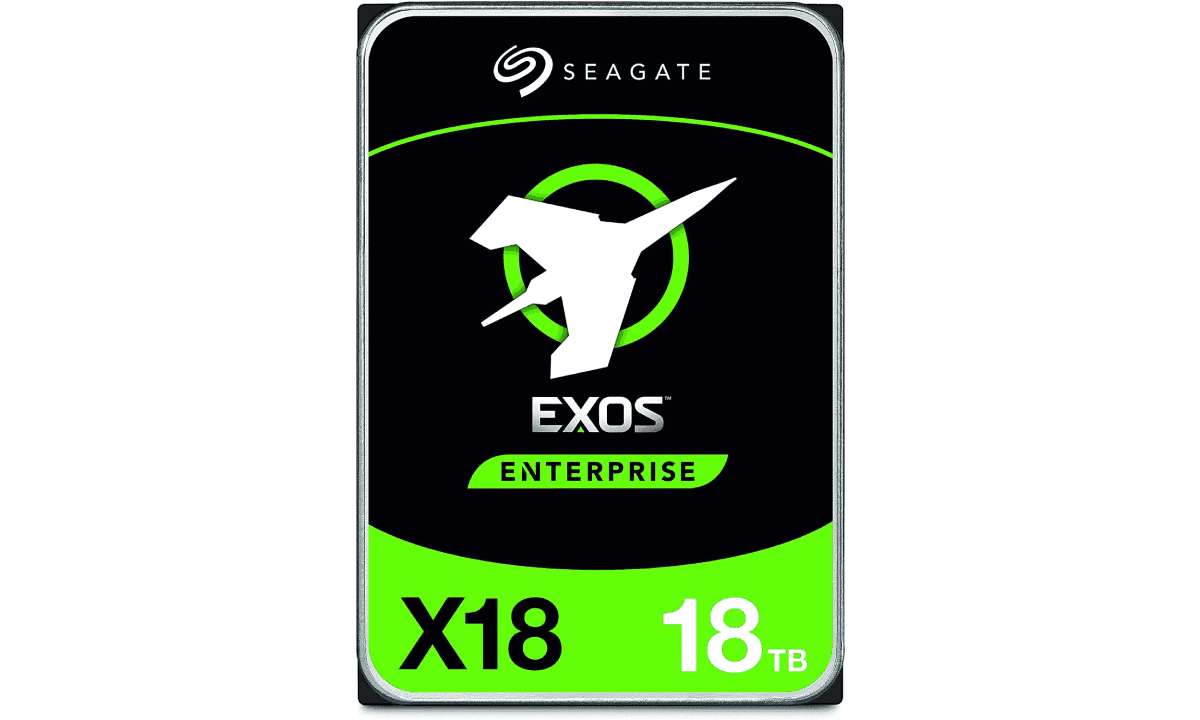 Technically the Seagate EXOS series isn’t meant for consumer NAS. They were built to high specifications and intended for data center use. However, since the build is the same, they’ll happily fit your home or office NAS.

Seagate EXOS drives only come in massive storage capacities, but they also offer eyebrow-raising endurance ratings more than double what you’ll find in the Seagate IronWolf Pro range. They also come with 5-year warranties, which isn’t what you’ll find in most drives. 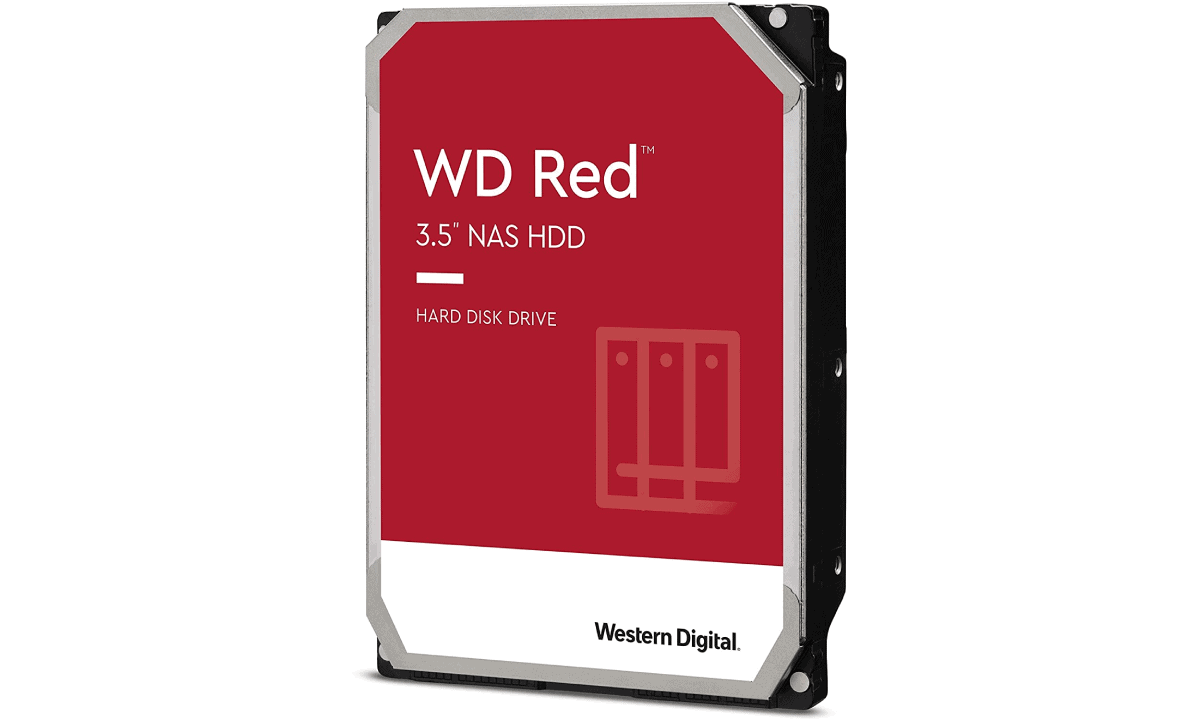 I used to be fond of Western Digital drives since even their consumer drives lasted forever. While the brand has somewhat declined over the years, they remain one of the industry giants. The Western Digital Red is their NAS-specific line of hard disk drives.

This series of drives is more limited in scope than its competitors from Seagate. More sedate specifications aim directly at a consumer-oriented environment. While this may sound frustrating, it also removes a lot of confusion for buyers, simplifying technical challenges. 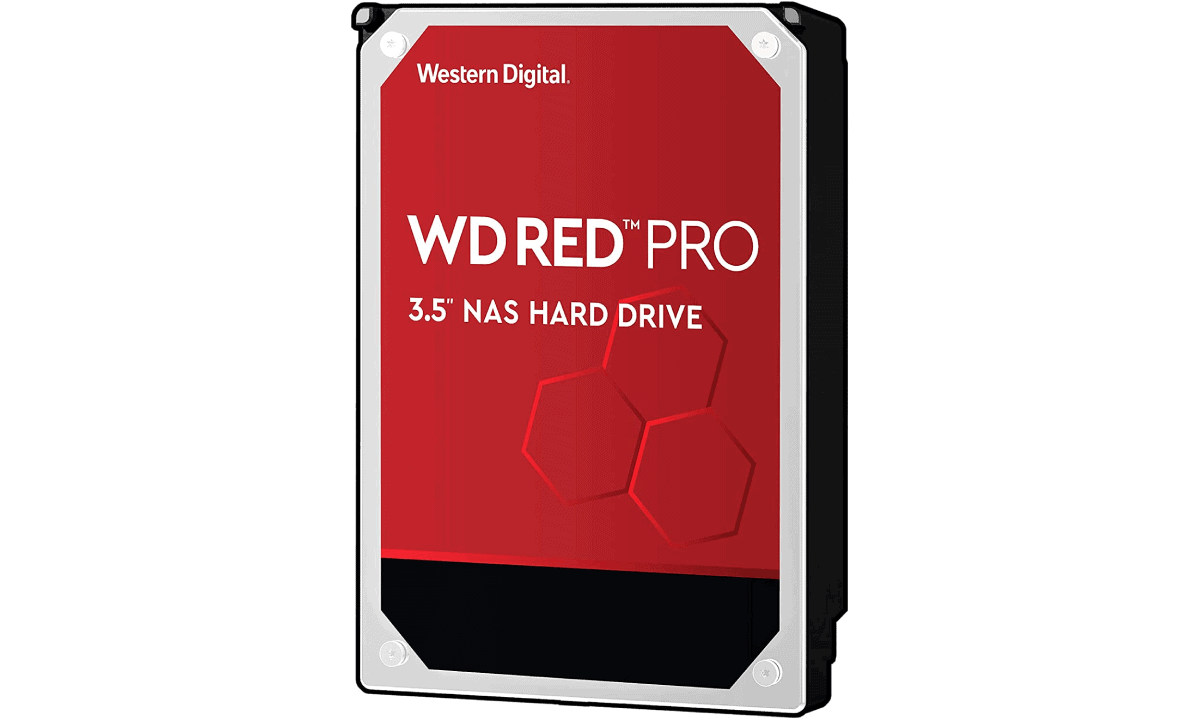 The Western Digital Red Pro line of drives slightly improves on the non-Pro variants. The series has a more varied performance, with higher capacity versions pushing data transfer speeds to the 255 MB/s mark while retaining the same MTBF rating.

These drives are also able to work in larger RAID configurations of up to 24 drives. They also offer better error recovery features with the inclusion of special controllers. Like all NAS drives, Western Digital Red Pros are slightly noisy, but the whirring sound is less alarming than Seagate drives’ clicking. 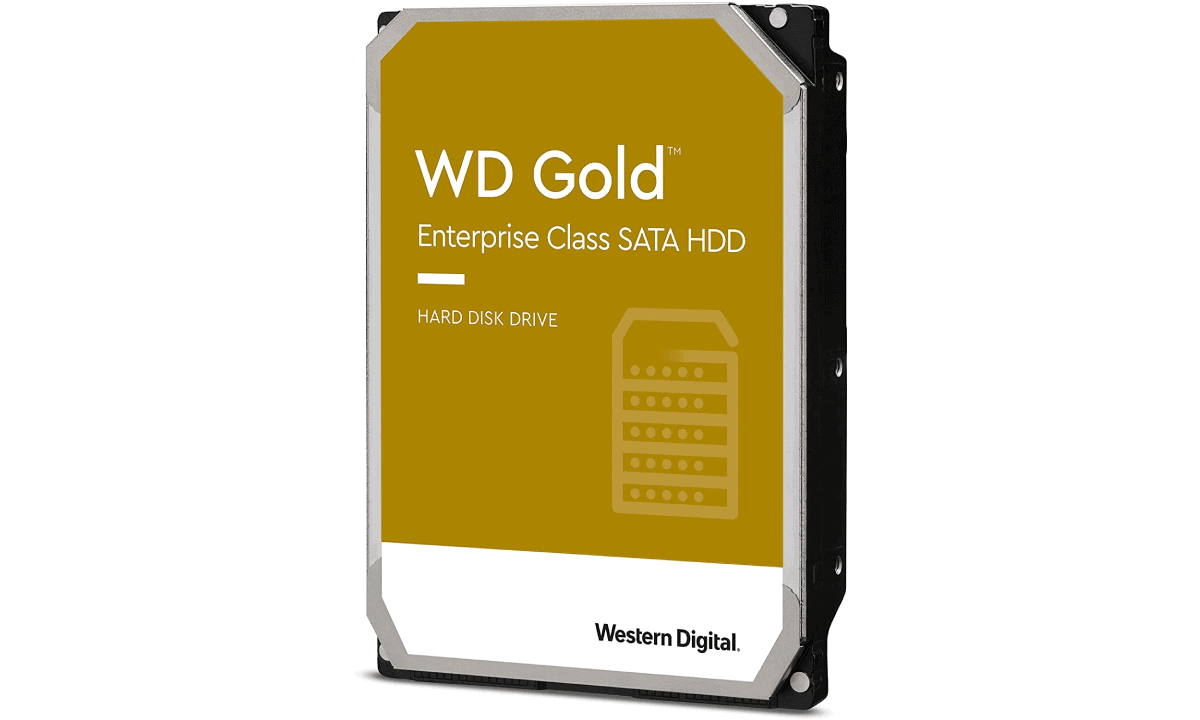 Western Digital Gold drives are the counterpart to Seagate’s EXOS series. These enterprise-scale use can also be used in a home or small office NAS and offer much better reliability over their other Red cousins.

What makes these drives unique when used for consumer-grade NAS is the wide range of choices in capacities. It means you can buy a smaller capacity Gold drive but still take advantage of the better reliability than regular NAS drives. 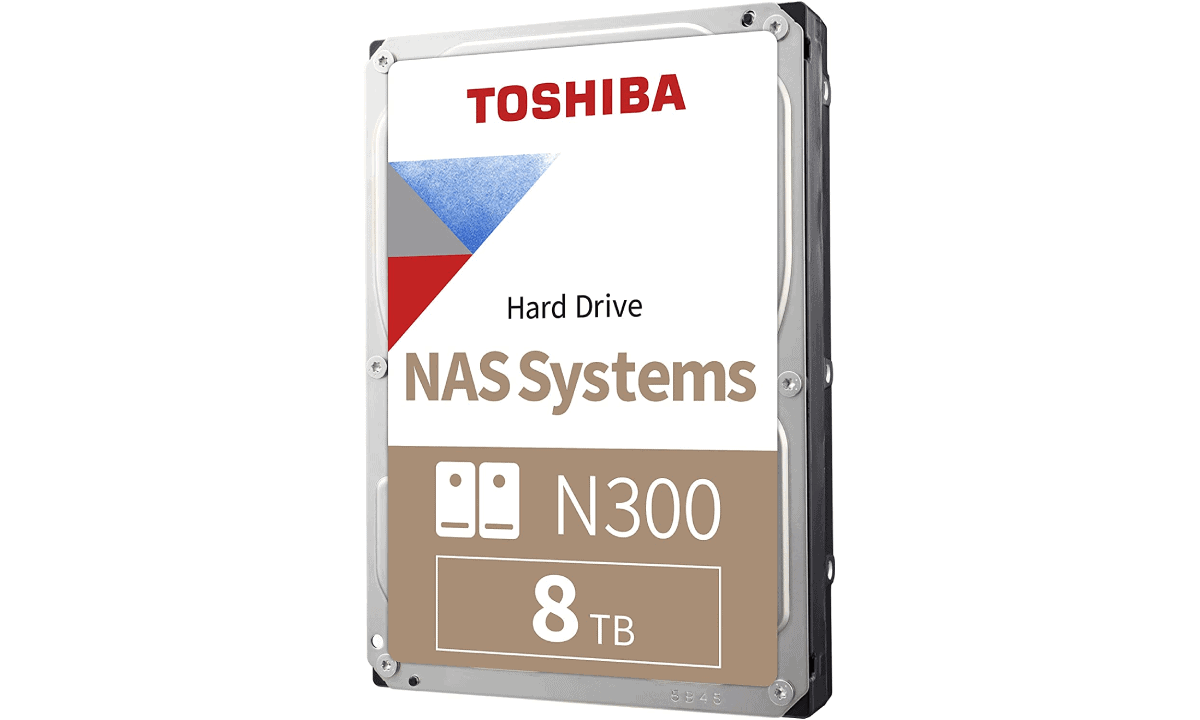 Toshiba may sound more of a washing machine brand than a hard disk drive manufacturer, but the Toshiba N300 line of NAS drives is pretty reliable. Those fed up with the mountain of choices coming from companies specializing in hard drives can simply get a Toshiba N300 and be done with things.

The N300 is in no way inferior to what Western Digital or Seagate offers. It sits nicely in the NAS space, with somewhat varying specifications across a single line of drives. There is also decent capacity range to fit most use cases. 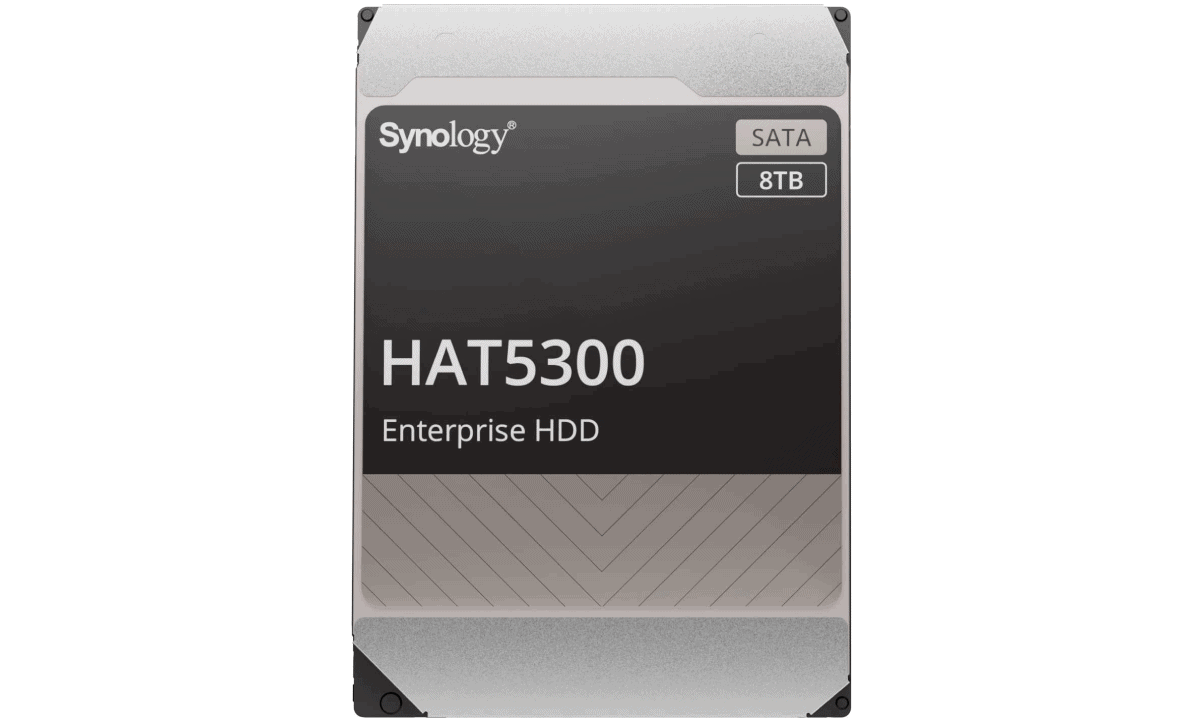 Synology has ventured into the hard drive space but not directly. They have been rebranding and slightly modifying Toshiba drives, resulting in the Synology HAT5300 series of enterprise-scale hard drives.

The HAT5300 series are labeled as enterprise drives with the specifications to match. They will still work fine in consumer and small office NAS, so those willing to pay can take advantage of the top-notch performance.

There are several essential things to note before jumping in and buying the most available hard disk drive you can find for your network attached storage. Most NAS-specific drives vary widely in specifications, even within the same product line.

Buying a specific brand or even series of drives doesn’t guarantee you the best fit for your needs. Because of this, I’ve outlined a few typical use cases and the best hard disk drives that can fit them:

The main aim of your hard drives for home or SOHO NAS use is reliability. Unless you’re a data hoarder, you won’t need massive capacities or blazing fast speeds. You can set backups to run in the background or during idle times.

NAS hard drives are often difficult to recommend for enthusiasts or prosumers. Most brands increase performance as capacities go up. The middle ground in NAS drives isn’t a popular one – with a few minor exceptions.

In the case of small offices, we need to consider not just price, but capacity. Not all businesses will require large storage spaces, but due to improved performance and reliability, it’s better to consider something above 8TB.

If you’re struggling to choose a hard disk drive due to confusion caused by not knowing bits from bytes, here are some highlights to help. Manufacturers often publish vast lists of specifications, but not all will be vital for everyone.

To give you an idea of how NAS hard disk drive specifications can differ, here’s a chart.

You can technically run a consumer-grade hard disk drive in a network attached storage, but it isn’t ideal. Cheaper consumer hard drives aren’t built for constant access and may not perform well in RAID (Redundant Array of Independent Disks) configurations.

For those who may still retain some confusion, any hard disk drives on this list will work well in a NAS. They are all meant for this purpose, or at the very least, have the necessary characteristics.

With luck, you’ve now selected the best hard drive for your NAS. Next, you can take a look at our NAS setup guide to get you up and running quickly.