HostGator offers 65% off web hosting + FREE domain! Get it now!

Every year Black Friday happens on the day following Thanksgiving. It is a day where the biggest sale event happening in the States. Merchants give crazy discounts and deals. It also marks the beginning of the Christmas shopping.

For web hosting industry, it is common that web hosting providers give out big discount on their hosting plans. The sale usually starts a few days before Black Friday, and extended over the weekend into Monday. On Monday, sale usually continues as Cyber Monday Sale. Some company will run the sale until the month end. 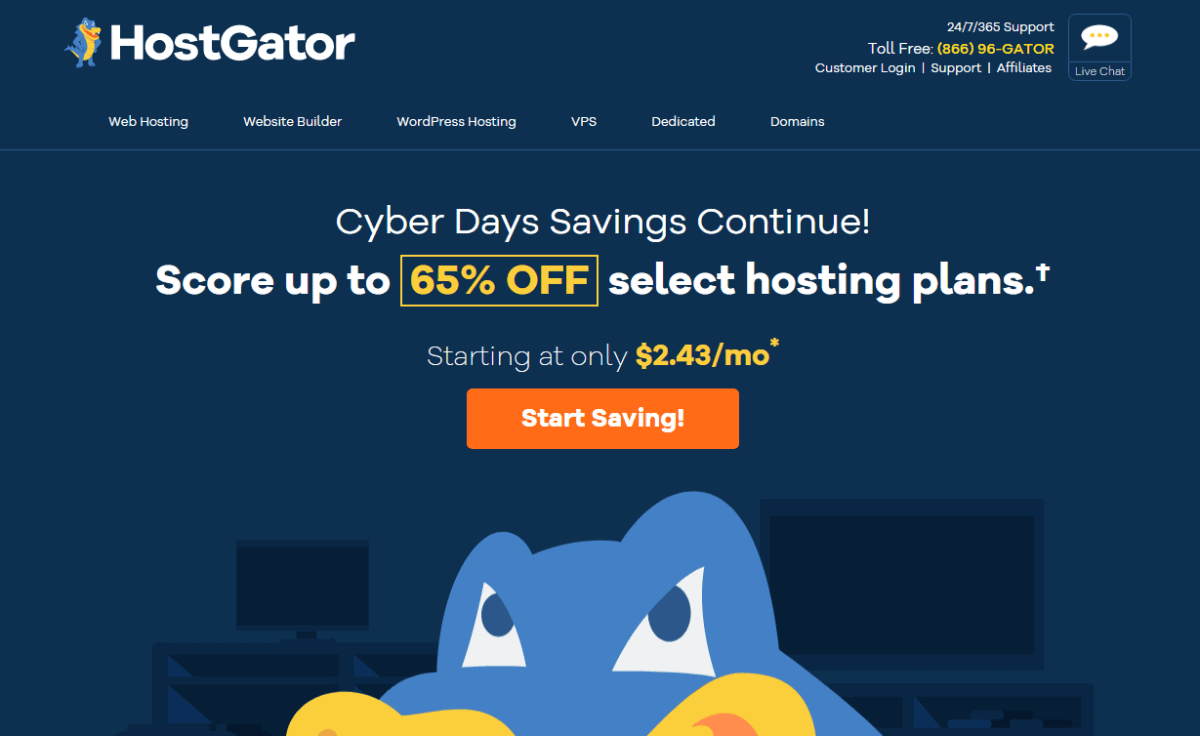 For this year 2019, HostGator decided to offer up to 65% off of their shared hosting plans! Their cheapest plan will now begin from a mere $2.43 per month!

But wait, there’s more! They also threw in free SSL & domain to spice up their Cyber Monday deals!

Isn’t it crazy? Grab yours now before the deal expires!

Who is HostGator & How’s the performance?

As you can imagine, this made Brent Oxley a very very wealthy man.

I digress, this little article is meant to be about HostGator.

HostGator was designed to be easy and simple to use, created with a UI so bright and colourful so that it wouldn’t scare away laymen users. The interface is so intuitive to use, it’s something most other web hosts could learn from.

However, they seem to trade off customizability for user-friendliness, as it feels quite restrictive for people who want to install their own plugins or make their own tweaks.

This obviously took the company to greater heights as Managed WordPress Hosting is one of the things that are only reserved for the best web hosts.

In our experience, HostGator is a decent web host. Their server response times are fast (which is good for business) and the UI is just so easy to use. It’s a bit restrictive if you want to make your own tweaks, but it can be done with some fiddling around. Read our full HostGator review.

Daren Low is the founder of Bitcatcha.com and co-developer of the free Server Speed Checker. With a decade of experience in website development and internet marketing to his name, Daren is considered a premier authority on all things related to building and managing an online presence. Feel free to pick his brain by connecting via Linkedin and Twitter.

Do join our subscribers who receive update from Bitcatcha. We send out exclusive online business tips and tricks.