Home > How To Make A Website > How to Start a Blog > Writer’s Block: the Myth and the Cure

Writer’s Block: the Myth and the Cure 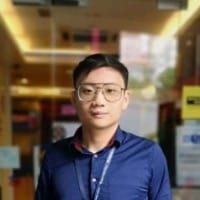 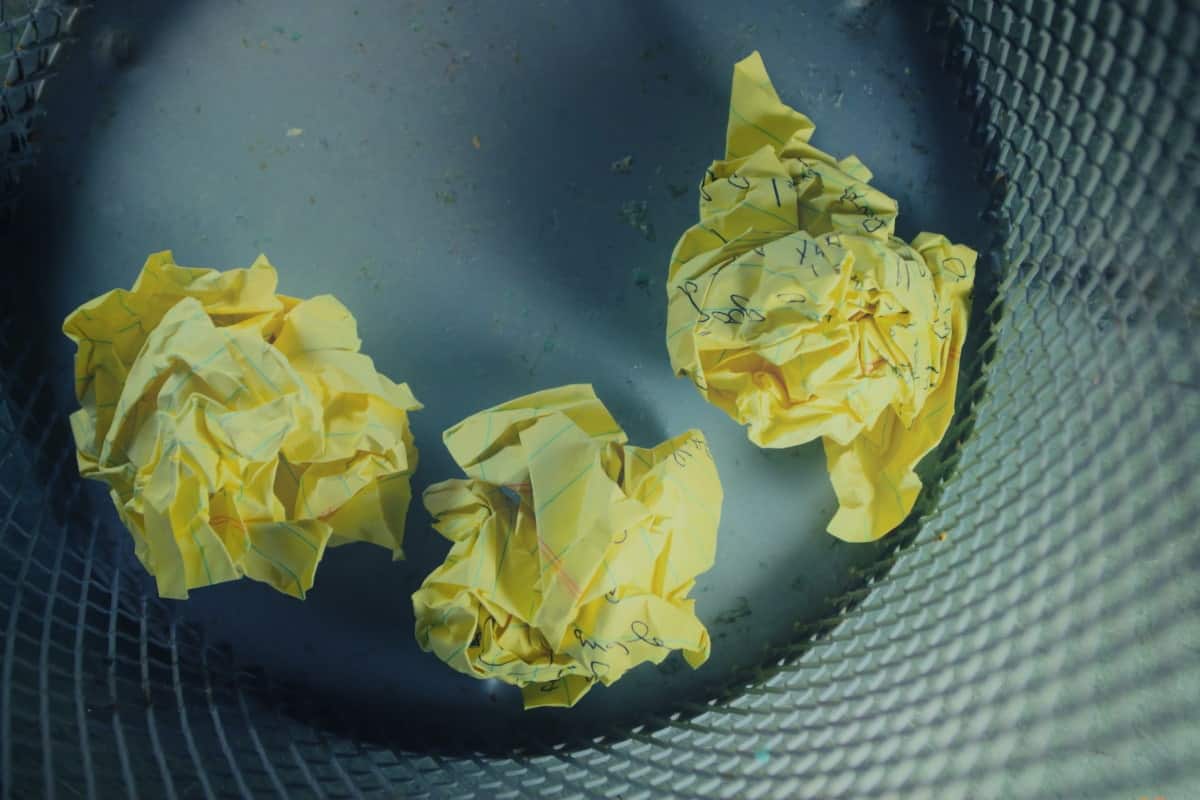 I bet $50 you’ve sat in front of a computer staring at a blank screen for an uncomfortably long period of time before.

It goes on for days, weeks, months maybe even years.

You’re not alone on this. Most writers let alone new freelancers experience this feeling at one point in their career. Even the greats like Ernest Hemingway and Maya Angelou have bouts of writer’s block, but they have their own methods of overcoming it.

Writer’s block can be very discouraging, but there are creative ways to get around it. Here’s what great writers have to say about the experience, and how they overcome writer’s block!

Blanking out in front of a white screen is a very real conundrum for many freelance writers.

When new writers face this, they’ll feel like they have nothing to say. They start doubting themselves. More often than naught, they’ll just leave writing for another day.

Many established authors face this problem too, but they’re very much against the idea of writer’s block. Franz Kafka laments in his journal,

“How time flies; another ten days and I have achieved nothing. It doesn’t come off. A page now and then is successful, but I can’t keep it up, the next day I am powerless.”

But if you think about it, no other profession has an excuse similar to writer’s block.

You definitely wouldn’t find a doctor that doesn’t want to treat patients because he’s not feeling it that day.

As Philip Pullman eloquently puts it;

“All writing is difficult. The most you can hope for is a day when it goes reasonably easily. Plumbers don’t get plumber’s block, and doctors don’t get doctor’s block; why should writers be the only profession that gives a special name to the difficulty of working, and then expect sympathy for it?”

Personally speaking though, I’d say writer’s block is as real as the drama that goes on in your personal life.

You could either invest yourself in the drama and get sucked in the rabbit hole, or you acknowledge sh*t happens and carry on with whatever makes you happy.

New writers get so absorbed in the idea of writer’s block, that it becomes a justification to not write at all.

A professional writer doesn’t get caught up in it. They acknowledge that it happens, and understands that it’s just a sign that they need to change their approach to writing.

I’ll be real with you here.

It’s up to you to push past your mental blocks. You must voraciously consume new ideas, and whether or not you feel your creative juices flowing, take control of and use them.

When you tell yourself you’ve writer’s block, you’re exacerbating the problem. 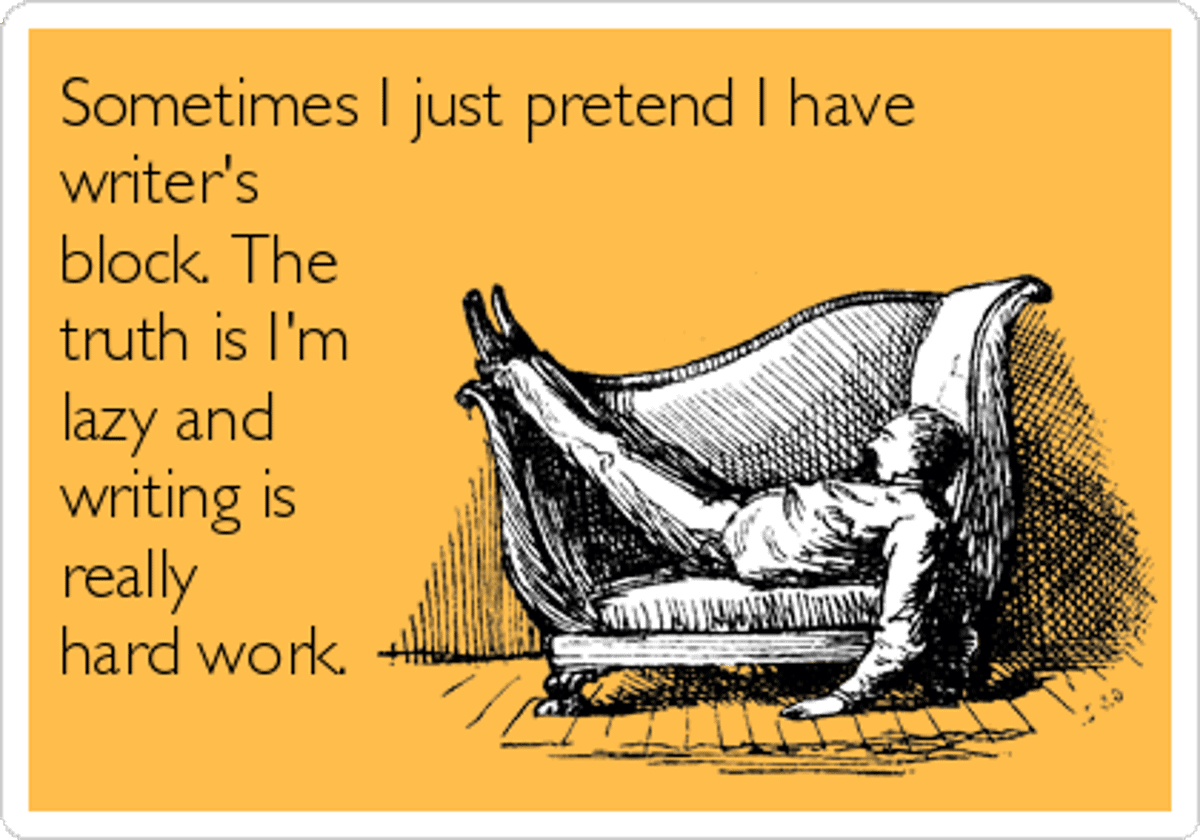 In the 1970s, clinical psychologists Jerome Singer and Michael Barrios published a study on writer’s block.

After researching a group of “blocked writers” for a few months, they concluded that there are 4 broad causes of writer’s block.

Essentially, the studies show that writer’s block comes from our own negative feelings towards writing.

Of course, these feelings are not set in stone. 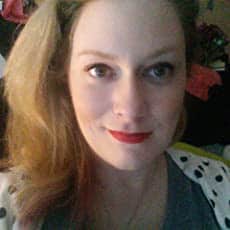 Writer’s block doesn’t exist, a lack of imagination does.”

Like I said, it is a mental thing. Writer’s block stems from the loss of love we have for our words. Fixing it is just a matter of rekindling that passion for writing that was burning deep within us. 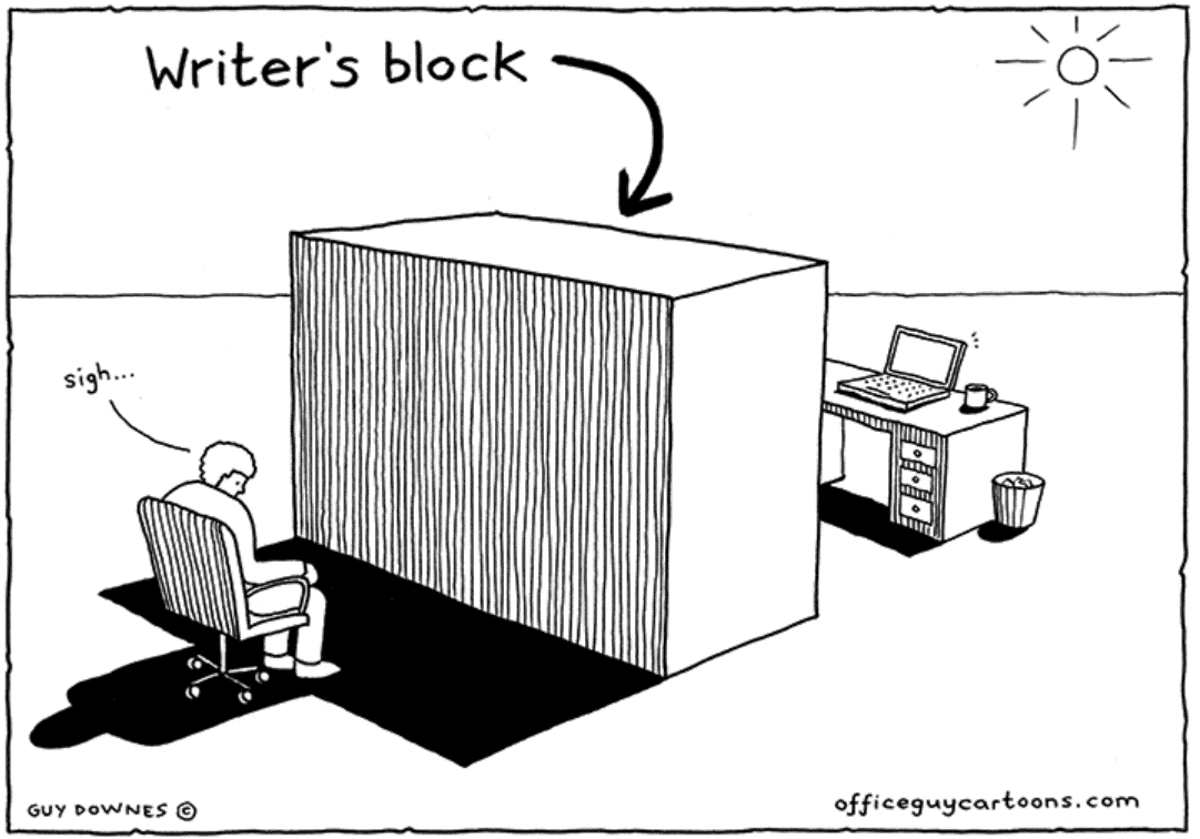 How do I overcome Writer’s Block?

The best way to overcome writer’s block is just by doing it. Don’t be too overly harsh on yourself, in fact, it’s even better to have a terrible drivel-filled first draft than no drafts at all. Novelist Jennifer Egan states,

“I haven’t had trouble with writer’s block. I think it’s because my process involves writing very badly. My first drafts are filled with lurching, cliche’d writing, outright flailing around. Writing that doesn’t have a good voice or any voice. But then there will be good moments. It seems writer’s block is often a dislike of writing badly and waiting for writing better to happen.”

The best way to beat writer’s block is to start writing. Even if it means a garbage first draft, you’ll find nuggets of gold in the form of inspiration from it.

Writing is a skill that requires constant maintenance. Like going to the gym, the more frequently we do it, the better the results. But, the moment we lose our momentum that might set us back by a lot.

The best way to not only keep away writer’s block, but to hone your skills as a wordsmith is to practice every day. I’m not asking you to write a compendium worth of words daily, even small projects like poems or short stories are great to keep your skills sharp.

“Discipline allows magic. To be a writer is to be the very best of assassins. You do not sit down and write every day to force the Muse to show up. You get into the habit of writing every day so that when she shows up, you have the maximum chance of catching her, bashing her on the head, and squeezing every last drop out of that *beep*”
~ Lili St. Crow

Most of the time, writing everyday, even something absolutely boring and menial will bring you great inspiration. In fact, Maya Angelou frequently had writer’s block, and this was her method of generating ideas. Here’s what she had to say,

“I suppose I do get ‘blocked’ sometimes but I don’t like to call it that. That seems to give it more power than I want it to have. What I try to do is write. I may write for two weeks ‘ the cat sat on the mat, that is that, not a rat,’ you know. And it might be just the most boring and awful stuff. But I try. When I’m writing, I write. And then it’s as if the muse is convinced that I’m serious and says, ‘Okay. Okay. I’ll come.’”

Maybe you’ve been working on a long writing contract, and suddenly, you have absolutely no idea what to write next. Or you’ve been freelance writing for a blog post and can’t figure out how to write a conclusion.

You have been writing everyday, but you’re still facing writer’s block.

Neil Gaiman’s advice for this is to put it aside, and come back to it later.

“Put it [your writing] aside for a few days, or longer, do other things, try not to think about it. Then sit down and read it (printouts are best I find, but that’s just me) as if you’ve never seen it before. Start at the beginning. Scribble on the manuscript as you go if you see anything you want to change. And often, when you get to the end you’ll be both enthusiastic about it and know what the next few words are. And you do it all one word at a time.”

I personally find this method my favourite, I’ve been using it since middle school and after so many years, it has never.failed.me.once!

4. Break it up into smaller bits

A great way to prevent writer’s block is to break your work up into smaller bits. Instead of thinking of it as completing a whole project or writing a whole book, do it per paragraph, page or chapter. This way, you won’t bite off more than you can chew.

This is Mark Twain’s favourite technique to use. He says,

5. Quit while you’re ahead

Sometimes, out of the blue, your mind will decide to break out of its writer’s block. You will have inspiration flooding into you again.

But wait! You might think to start going at it again. When the muse decides to come and be milked, that’s great! But don’t over do it. By going in so gung ho, you might exhaust your resources and start the block cycle all over again.

Always remember to keep some inspiration reserved in your brain tank. As Ernest Hemingway says,

“The best way is always to stop when you are going good and when you know what will happen next. If you do that every day… you will never be stuck. Always stop while you are going good and don’t think about it or worry about it until you start to write the next day. That way your subconscious will work on it all the time. But if you think about it consciously or worry about it you will kill it and your brain will be tired before you even start.”

Hemingway ends his writing sessions mid-paragraph while having a clear idea of what he wants to write next.

I’ve done this and personally it is a hit or miss. Sometimes, I come up with amazing stuff I wouldn’t have thought of, other times my mind just trails off too much. To each his own.

6. Have a writing time

You know like dinner time or tea time? Writing time is essentially the same thing. Allocating specific times solely to focus on your writing.

Anthony Trollope, one of the most successful novelists of the Victorian era was particularly fond of this method. In his autobiography, he says,

“It had at this time become my custom, — and it still is my custom, though of late I have become a little lenient to myself, — to write with my watch before me, and to require from myself 250 words every quarter of an hour.

I have found that the 250 words have been forthcoming as regularly as my watch went. This division of time allowed me to produce over ten pages of an ordinary novel volume a day, and if kept up through ten months, would have given as its results three novels of three volumes each in a year.”

With this strategy, over 35 years, the man managed to produce 47 novels, along with many plays, stories and nonfiction books.

Anthony never had a problem with writer’s block because he demanded something very doable for himself. 250 words every 15 minutes is a reasonable self-request.

Writer’s block happens to everyone. It can be a very disheartening experience but it’s not the end of the world.

There are many fun and creative ways to inspire yourself. When you start your writing again, don’t be too harsh on yourself. Take it in small, simple steps, take hold of your creativity and let it guide you.

The first steps to overcoming it is just to keep writing. You’ll regain your inspiration soon enough.

Once you are back at tip top condition, it’s good if you can reflect on why you had writer’s block in the first place so you can tackle it the next time it comes around.

Where To Find Your Freelance Community (9 Websites To Check Out)

What’s the Deal With Standing Desks? A Guide