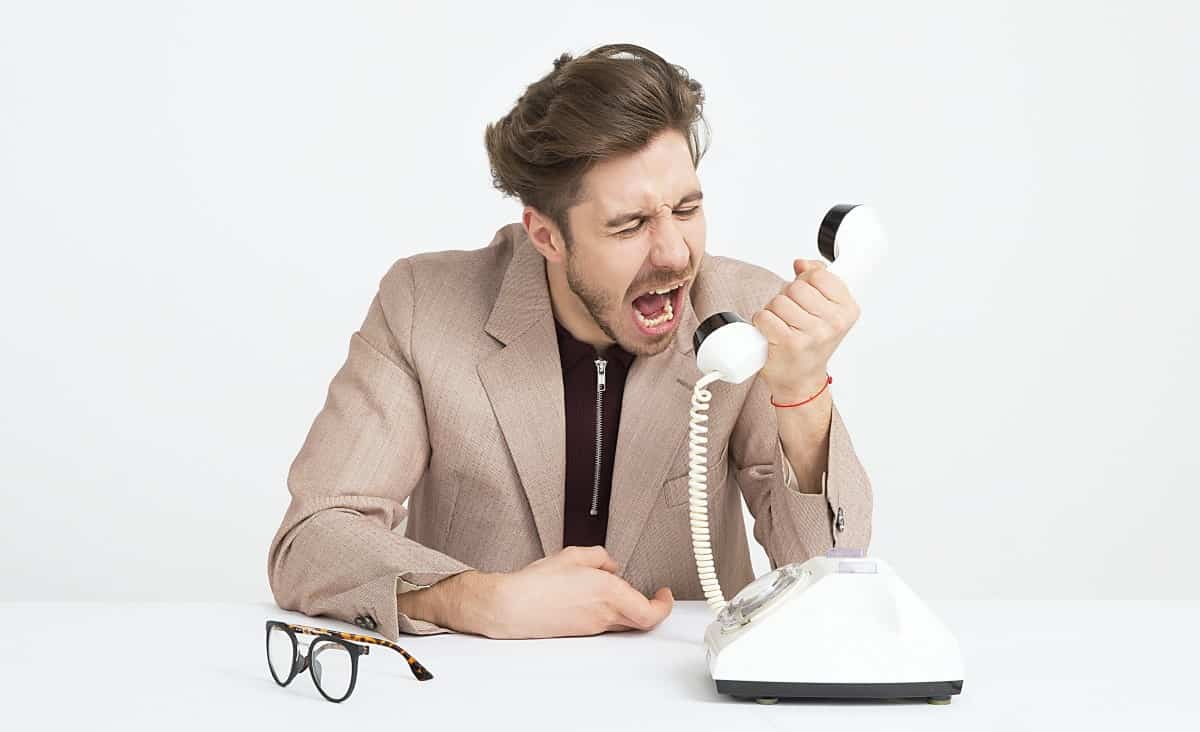 Did you know that most freelancers are overworked and underpaid?

And funny enough, this can’t always be traced back to crappy clients. Many freelancers shoot themselves in the foot by avoiding confrontation at all costs.

For example, how many freelancers fail to follow up immediately on late payments just because it feels … kind of awkward?

But, as harsh as it sounds, it’s tough to be a successful freelancer without ever having hard conversations. That’s why I’ve written this article to help you out.

9 Steps To A Successful Confrontation

Part 1 – Preparing For The Confrontation

Hard conversations are needed to grow as a freelancer 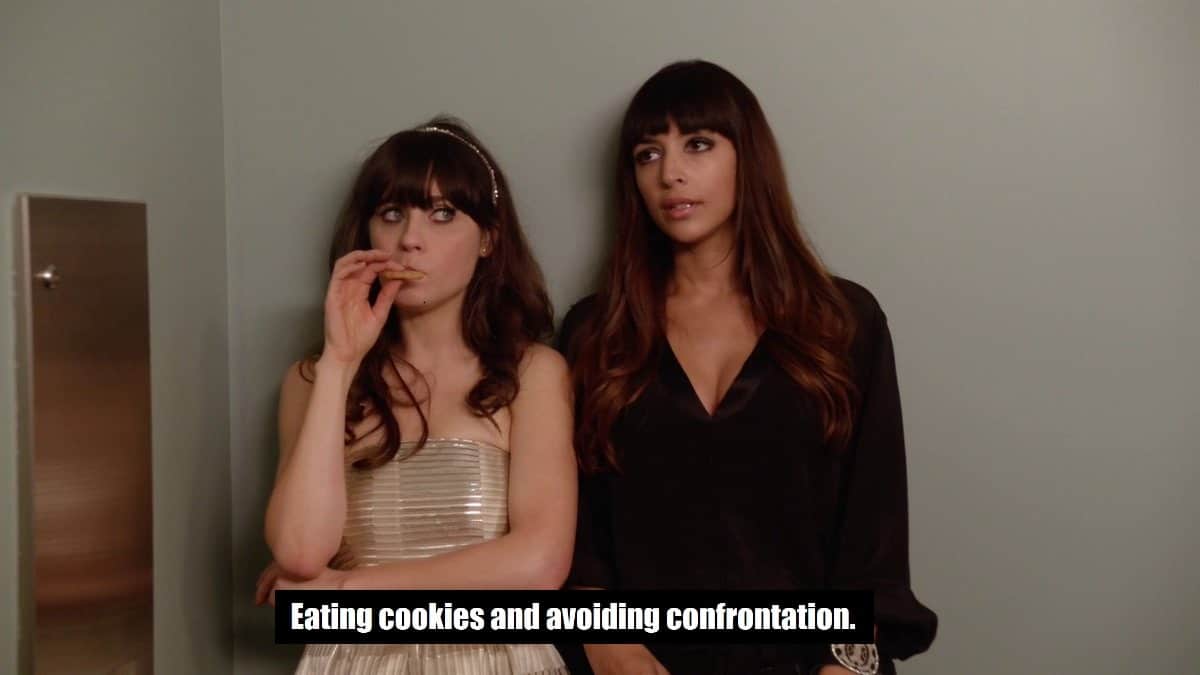 What every freelancer does in their free time.

In this article, I’m going to help you prepare for and execute a confrontation whenever you need to by laying out a process for you to follow.

As a freelancer, you will inevitably have to confront difficult clients, probably more regularly than you’d be comfortable with.

Some clients will pay late, or may try all sorts of funny business, like scope creeping you.

You can’t just sit there and take the beating. To be truly successful, you have to stand up, put your dukes up and square off in the face of adversity.

You don’t get if you don’t ask

Growing up, you’ve been taught that you won’t get anything if you don’t ask. This adage rings true in every facet of your life.

For example, in your personal life, if you don’t confront your housemate for not doing the dirty dishes, it’s never going to get done.

These are the kinds of everyday conversations that the other side of which will bring you peace, understanding, saved money, saved time, and all the other things you want but currently don’t have because you are too afraid to speak up.

What I’m trying to say is that you cannot enforce your boundaries without confrontation. 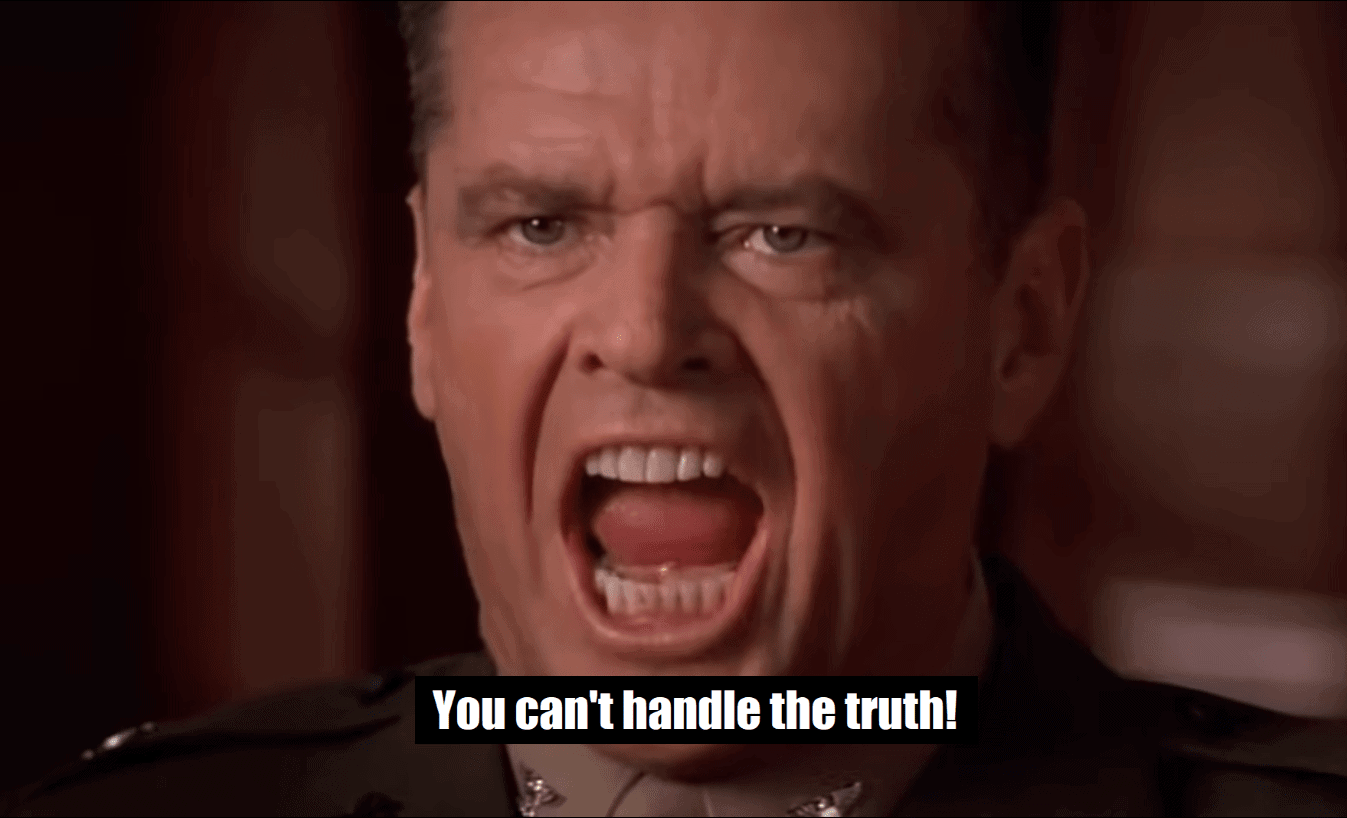 The truth pisses people off before it sets them free.

People are afraid of confrontation. They think it means hurting, screaming, shouting and cussing and ends in a whole ton of drama.

Having a hard conversation where you boldly share your truth doesn’t always equate to irreparable drama. In fact, drama often stems from the fear of confrontation.

By having a heart-to-heart both parties can understand each other better and clear misunderstandings before things do get worse.

How to confront successfully?

When it comes to confrontation, we don’t define success as you winning the argument and getting what you want.

Sure, we’d all love to get what we want from the person we are confronting but that’s not always going to happen and it doesn’t mean the confrontation wasn’t successful.

Personally speaking, a successful confrontation is one where both parties leave the conversation knowing where they stand. That’s it.

You say what you have to say, and the other party says what they have to say. Then you both decide from there.

9 Steps To A Successful Confrontation (Even If You Hate It) 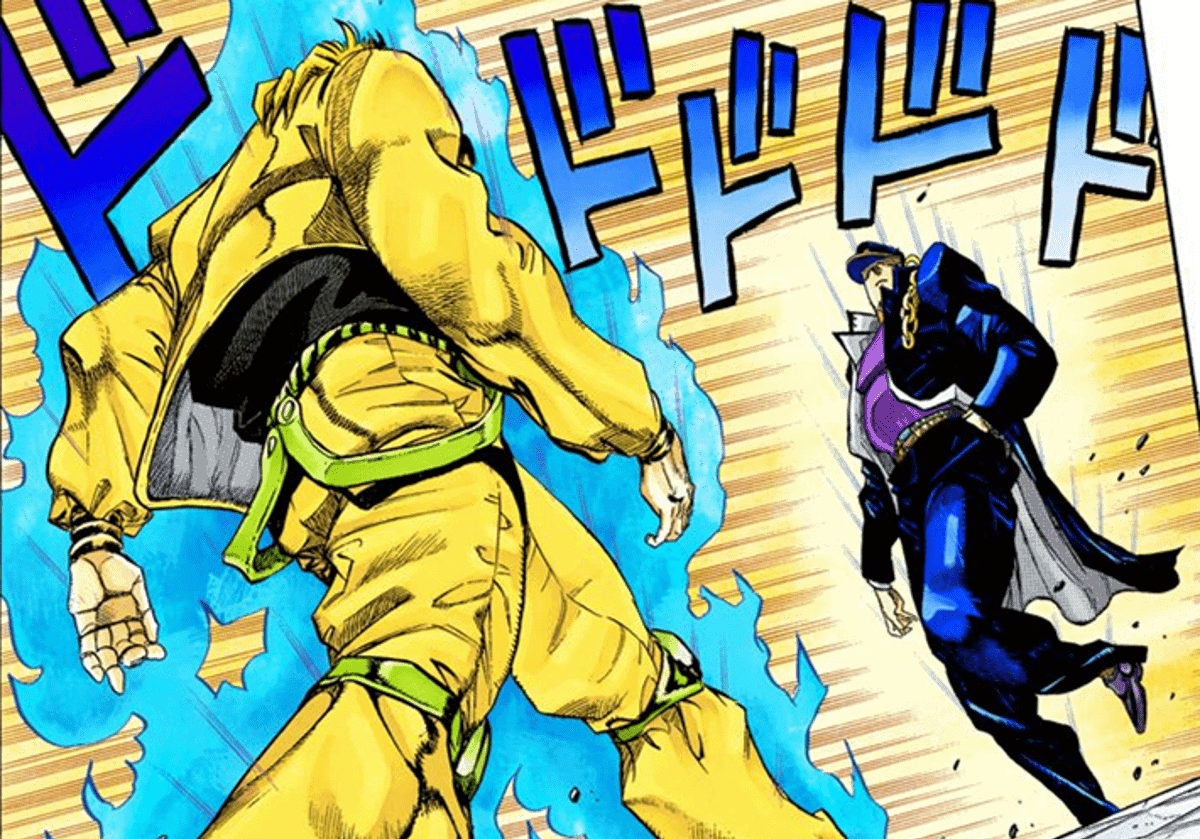 Through many years of freelancing and dealing with stressful clients, I’ve researched and experienced the best ways to successfully have a confrontation.

Which is a big achievement for me because I absolutely hate conflict.

So here’s the 9-step rule that made it way easier for me.

Part 1: Preparing for the confrontation

“If you fail to plan, you are planning to fail.”
~ Benjamin Franklin

True to the quote, the success of your confrontation will be determined by your level of preparation. Every negotiation is won or lost at the preparation stage.

You cannot control what your counterpart will say or do, but you can be sure that whatever happens you are prepared for each possible outcome, and most importantly, know when to walk away.

Here is how you prepare for a confrontation.

1. Keep your head cool and psych yourself out

Avoid going into a confrontation angry for no other reason than just being upset. It’s not a good way to get people to do what you want them to do. It’s not an effective negotiation tool and can even lead to disastrous results.

Anger can also cloud your judgement on things, alter your perception of risk, increase prejudice and maybe even trigger aggressive behavior. You might end up saying something stupid or hurtful, and end up regretting it afterwards. 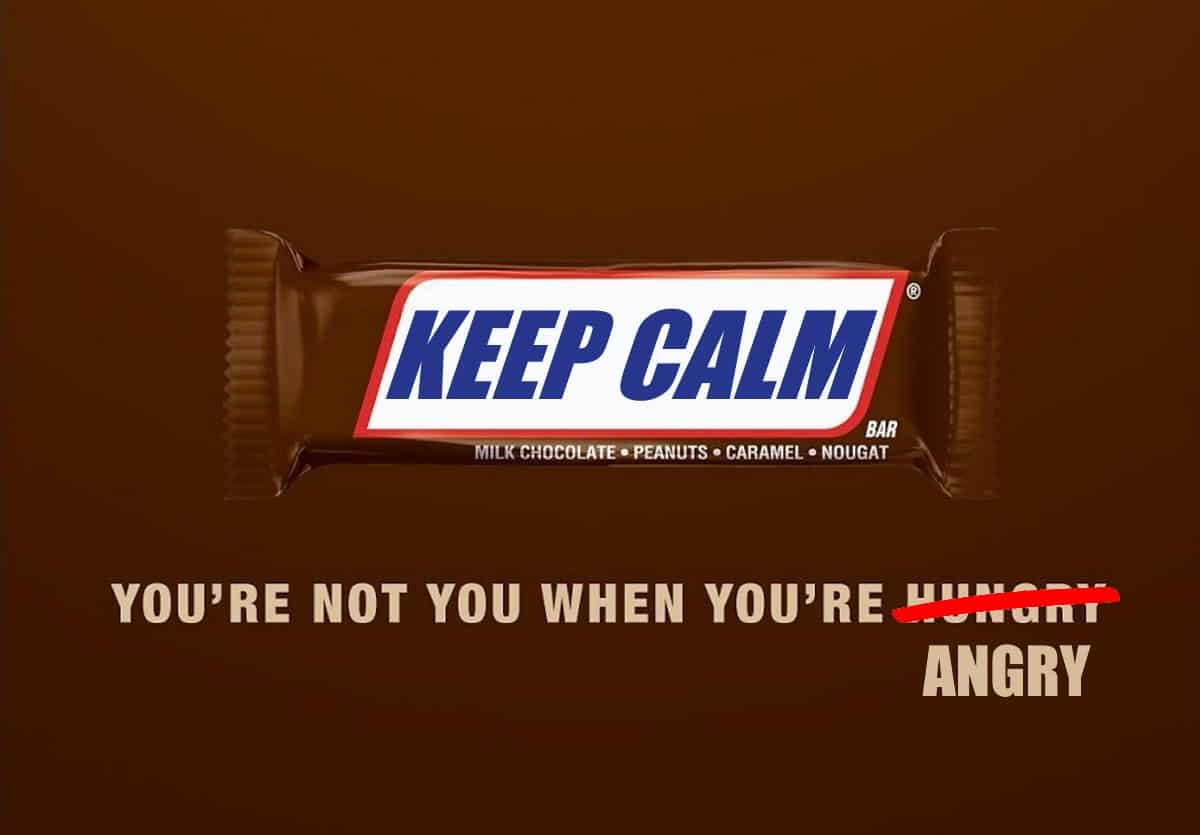 So if you’re feeling emotional, go for a walk or engage in some other form of calming activity that puts you in the right mindset, then only have the conversation.

2. Have an intention behind the confrontation

Spend some time thinking about why you need to have this conversation. Be clear on the details, focus on what’s not working for you in the current relationship.

Think about what you want the other party to know, what your goals are and your desired outcome for the conversation.

Setting an intention about how you want to feel and how you want the other party to feel at the end of this confrontation will help you decide on the tone you want to use, how you will approach this and what exactly to say (or not to), etc.

Most people worry that they won’t have the right language to express themselves in a confrontation, especially in emotional situations.

So, make it easy on yourself by creating an outline of what you want to say and even the exact language you’ll use. 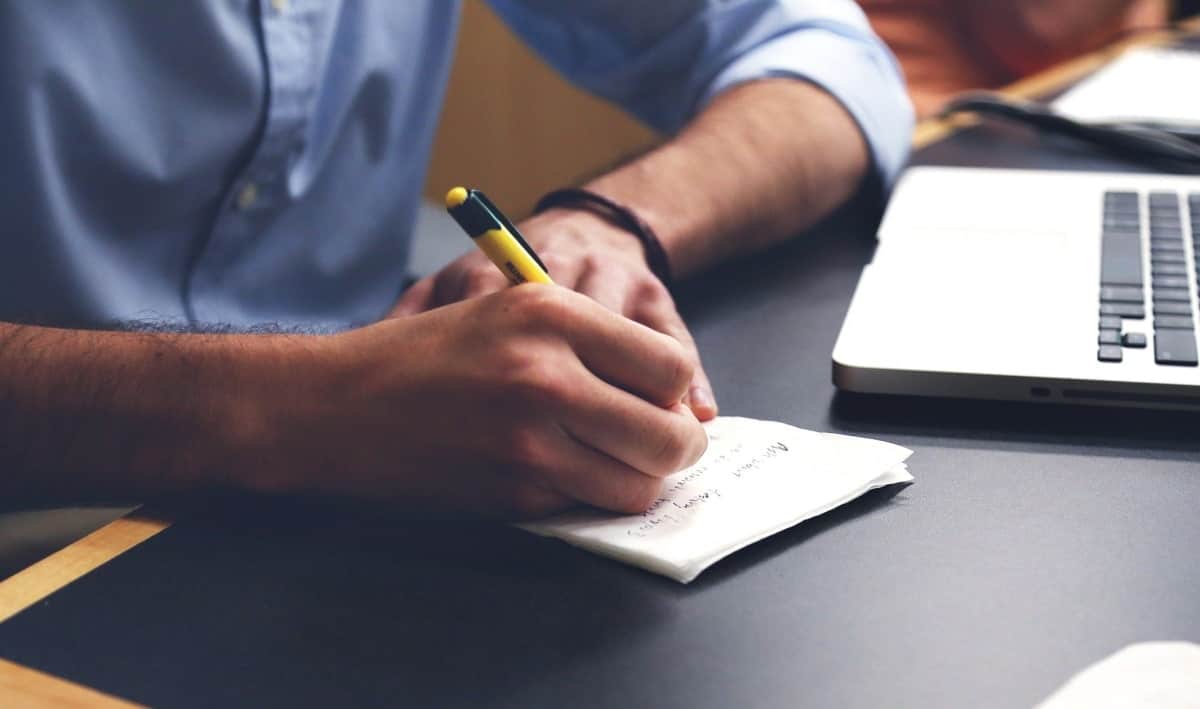 Before confronting your clients, make an outline. (Credit: StartupStockPhotos)

This will help you feel more confident and in the conversation. Just be sure to get your key points across.

In fact, it’s really good to write down the first few sentences to begin the conversation that will transition you from small talk into the topic at hand. That way, all you have to do is read the words on the page to get the conversation started.

You can allow the conversation to flow from there naturally, but the outline will be your safety net, should you need it.

4. Identify your best alternatives early on

You are going into this confrontation hoping for a specific result, but you can’t be certain that the other side will agree to all your terms.

No matter how good of a negotiator you are, there is a chance the other party might either disagree or throw a curveball at you. To protect yourself, keep your best alternatives in mind – a compromise that you and the client is willing to enter.

For example, in a conversation about late payments from the client – There is a possibility that due to circumstances, the client does not have funds to pay you there and then. In cases like this, your best alternative could be to give them an installment plan with interest.

Additionally, identifying your best alternative options isn’t something you just think up on the fly. It’s often something you need to really consider and research so you have solid confirmation on whether your “plan B” is a viable option.

By doing so, you can confidently walk into a negotiation and control the flow, knowing exactly at what number or point you will walk away and execute your alternatives, instead of going in circles trying to seek a resolution with the other party.

“There can be no progress without head-on confrontation.”
~ Christopher Hitchens

Now that you’ve cleared up your emotions, have set intentions, prepared your outline and considered your best alternatives, it’s time to actually do the deed.

5. Don’t cling on to the outcome

Before making that video-call interview, acknowledge that you cannot control the outcome and therefore detach yourself from the results.

You might say to yourself, “Y’know what? Whatever’s gonna happen, will happen. Nobody’s going to die. The world’s not ending because of this one phone call.”

Put that in perspective, and just bite the bullet and get it over with. Start the zoom call before you’re even ready because you’ll never be ready. Press the green caller button. Do it. Do it.

Share your intention with the other party as you begin the conversation.

It is incredibly brave and kind to say to the other side:

“Look, I’m really scared of having this conversation with you because I’m worried about how you feel and I don’t want to hurt your feelings nor do I want you to think that I don’t care.”

Starting the conversation this way disarms the other side, and acknowledges both party’s humanity and imperfections, which sets the tone for a mature and open conversation.

7. Be brave, honest, and vulnerable

It is very hard to solve problems if both sides aren’t being truthful about what they want, what their experiences were, or what they’re actually upset about.

As I said, you can’t control how the other party responds to you, but you can take care of your side of the confrontation.

Honesty requires bravery. Courage is required to put yourself out there and acknowledge that the other side may attack you.

If you are willing to have a respectful confrontation with someone, the chances of the other party responding in a likewise mature manner increases.

Acknowledging honesty and conveying openness and vulnerability in the conversation will further shape the tone of how it will go.

Think about what are the things that need to happen to reach a resolution for you, and shape your points around that. Avoid empty threats, ultimatums, and false promises.

Do enforce your boundaries, where appropriate, by letting the other party know what you intend to do if a resolution cannot be made.

Don’t make threats like, “If you don’t pay me by next week, I am bringing you to court under our legally signed agreement on X date,” unless that’s exactly what you’re going to do.

There’s bound to be negative feelings in any confrontation – you are acknowledging friction (and potentially causing even more) between the 2 parties after all.

However, if you keep thinking about the other parties’ feelings, you will waiver in your stance.

Think about it, if a client keeps skimping on payments, and you allow it because you aren’t putting your foot down and being firm with them, then wouldn’t you be harming your own business and undermining your worth?

Being a compassionate person is great and all, but not at the expense of your own standard of living and livelihood.

Moving ahead – Compromise, but also draw a line

You have to be prepared to walk away, even before you start the confrontation. Most people who are afraid of confrontation are worried they’re going to ruin a relationship, and yes, I won’t sugarcoat it. It’s absolutely possible.

Not everybody can handle and survive a tough conversation. But remember, you can also ruin a relationship by not having an honest conversation about how you’re each thinking and feeling — as it might be the most important thing needed for growth to happen.

Don’t avoid confrontation because you’re trying to hold on to a toxic relationship that needs to evolve or end.

The next time you need to have a hard conversation (there’s probably one you are avoiding right now), use this step-by-step process to guide you.

Am I Being Throttled? This Could Be Why Your Home Internet Is Slow